The Good: Aluminium shell gives the Mini Cannon a good look with a rugged build.

The Bad: It sounds flat and the lack of battery level indicators makes it difficult to judge whether it’s topped up.

The Bottom Line: For the casual listener who wants a small stylish speaker, the Mini Cannon is great. The discerning listener may want more for their money.

AcoustiPhase’s Mini Cannon is the brand’s first attempt at the portable and affordable speaker market, and after using it during summer barbecues as well as some private listening in my bedroom, here’s what I think of this small £79 speaker.

When you’re going to be taking a speaker from place to place, the unit’s build quality starts to play an important role to make sure it lasts — and thanks to the aluminium shell surrounding it (available in blue, black, silver and pink), the Mini Cannon has a satisfying, durable feel to it.

The Mini Cannon weighs just 360 grams which is reasonable for a speaker of this size, and at a width of just 129mm, it’s no wider than a pen or pencil which gives it a small footprint on any surface. (Full dimensions: 129mm x 63mm x 54mm).

Volume control on top of speaker, with play/pause button.

Once you get past the nice aluminium construction, AcoustiPhase have kept the Mini Cannon’s design fairly plain with just a play/pause button at the top of the speaker, surrounded by a volume dial that’s based on touch — just swipe your finger around the dial to adjust volume. Besides that, all you have to play with on the speaker is the on/off switch on the right side of the unit which you also use to pair the Mini Cannon to your devices. Around the back, you’ll just find a micro-USB port for charging and an AUX input if you’d prefer to connect your devices with a cable rather than Bluetooth. 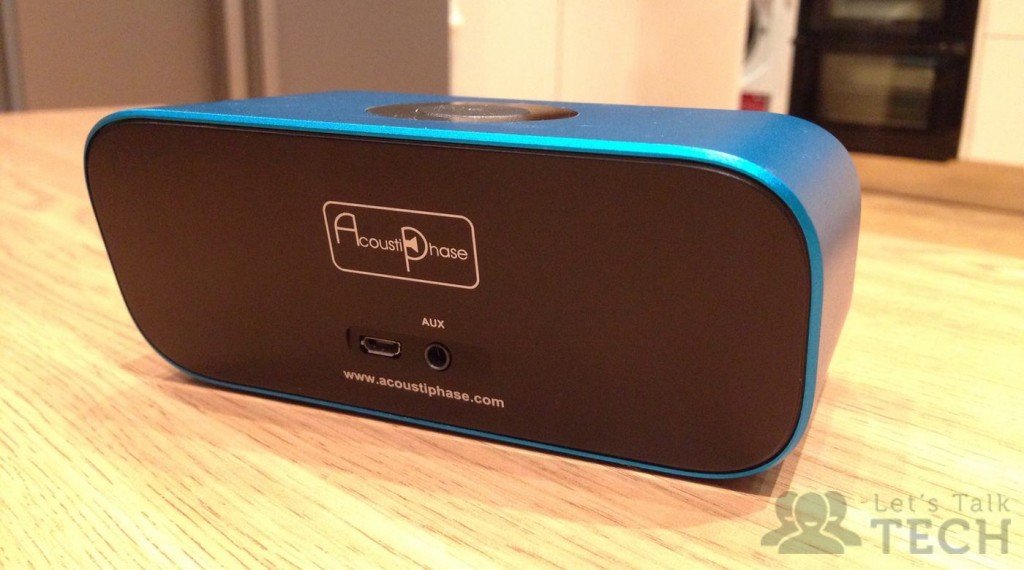 The Mini Cannon certainly really earns its name in the volume department — whether it’s been in the kitchen or during our barbecues over the summer, I’ve been able to comfortably use this small speaker to fill up large spaces.

Besides its loudness though, the Mini Cannon (unfortunately) didn’t live up to the expectations I had of it. Without the use of a digital equaliser, most genres sound flat and muffled, and considering that it’s packing 2x passive bass radiators and 2x 2.5 watt full range speakers, I was hoping it’d deliver punchier bass too. Distortion hasn’t been much of an issue unless I really stretch the bass-heavy tracks, but it could do with more defined mid-range and trebles.

I found that I got the best out of the Mini Cannon with softer, acoustic tracks like I See Fire by Ed Sheeran — whereas it struggled a lot more with ‘busier’ songs like Animals by Maroon 5.

With all that said, the Mini Cannon is the kind of speaker I’d recommend for personal, quieter use. It’s a compact, light and simple speaker that does the job — but be warned that it doesn’t pack the kind of sound you’ll want to get a party started. 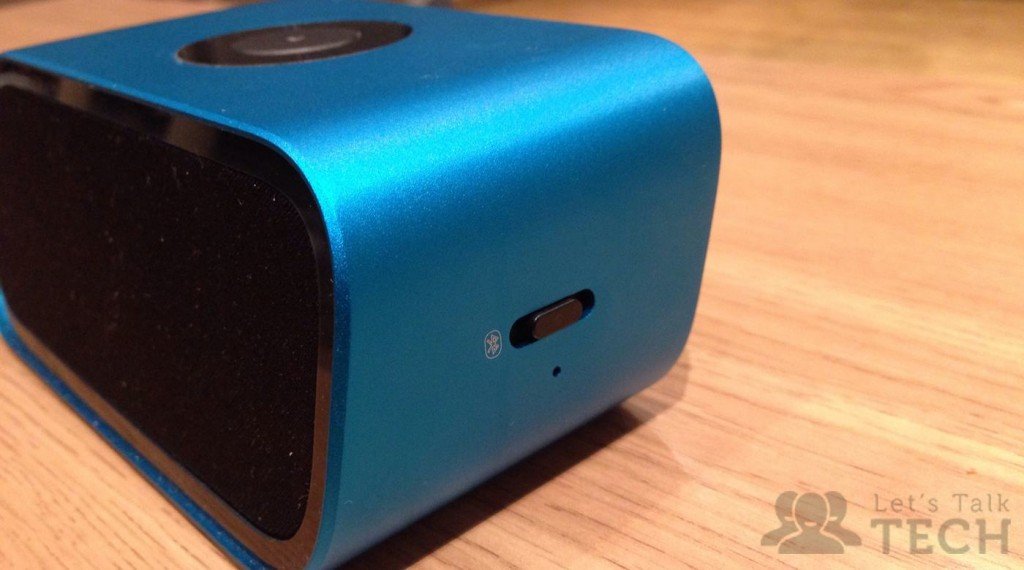 Switch allows you to turn speaker on/off and pair via Bluetooth.

Connecting to the Mini Cannon has been a swift experience. Of course the wired connection ‘just works’, and for Bluetooth all I’ve had to do is push the switch on the side of the speaker all the way to the left for a few seconds, which initiates a pairing mode.

With a 1200 mAh battery AcoustiPhase says that their Mini Cannon can last up to 8 hours, and in my testing it managed to last near enough that time. One thing I found really annoying though is that they haven’t included LED indicators to let me know when the speaker is fully charged, or how much battery is left.

Despite a fantastic build and convenient size, the Mini Cannon came up short on the level of performance I expected. Now don’t get me wrong, this is a great speaker if you just want something for casual listening, or to take with you on travels. However it does fall short if you’re the type of listener who wants full-bodied, rich sound.

All in all it’s a good speaker, but at £79 it feels like I’d be paying more for its looks than its sound.