The Good: Being able to power your MacBook on the move, without needing a power supply is awesome. It can also charge up your other devices like phones & tablets thanks to an integrated USB port.

The Bad: The price is a bit steep at over $200, and it could do with a better, more compact design.

The Bottom Line: BatteryBox is an extremely useful accessory for MacBook owners who regularly need a power supply.

Battery life hasn’t ever really been an issue with my MacBooks; I can usually get through most of the working day without any problems. However when you’re on the move relying on your Mac, running low on charge and can’t find a power source, things can get tricky.

That’s where portable batteries like BatteryBox are useful, aiming to keep your Mac charged for between 7.4 to 13 hours (depending on your MacBook’s model) with its 16,000 mAh battery.

BatteryBox costs $220 which certainly isn’t cheap, but remember, you’re paying for convenience. With this little box, you don’t need to spend the day looking for a power source anymore; you’ve got power on the go. Whether the cost is worth it depends on how much use you’ll get out of it! 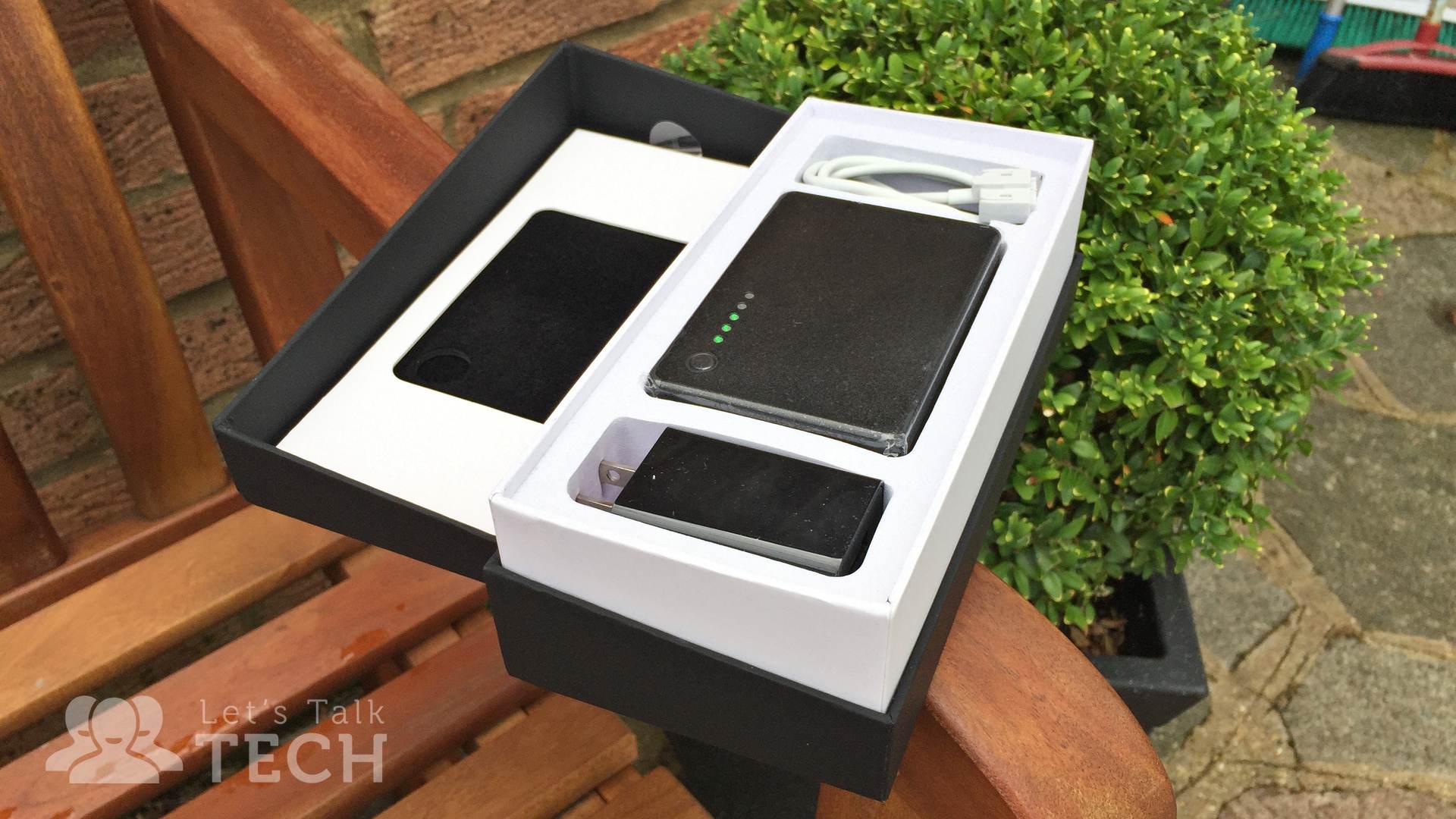 BatteryBox have done a nice job with the packaging here. It comes in a very nice but simple black box, and inside you’ll find the main unit, the SnapFit connector & cable which will plug into your MacBook, and a charging plug.

It isn’t the smallest battery pack you’ll ever see — BatteryBox is 1.92 inches tall, 3.74 inches long and 2.48 inches wide — but it doesn’t take up much more of a footprint than Apple’s own MagSafe charger, so you won’t be pressed for space in your bag.

BatteryBox isn’t going to win any prizes for best looking accessory of the year either. It’s essentially a black plastic box, with only 5 LEDs at the top as battery life indicators and a button to turn the battery on/off. It isn’t pretty, but if you’re like me that shouldn’t matter too much; in this case I prefer function over form. 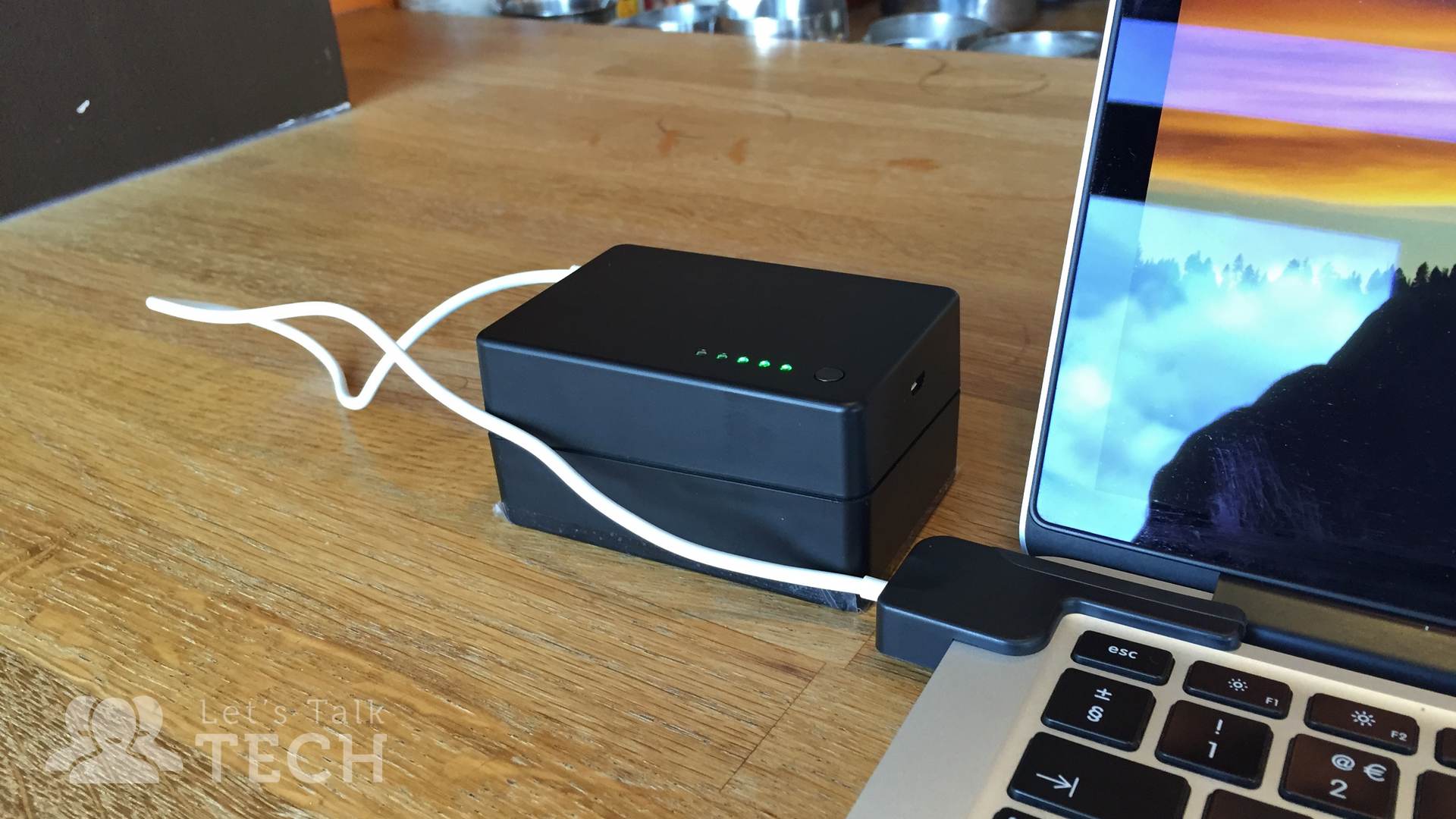 A simple way to connect the BatteryBox to your Mac

One of the features BatteryBox uses to differentiate itself from other portable batteries is its SnapFit connector — “the only 3rd party connector than can power a MacBook”. Since Apple’s MagSafe connector can’t be used (as it’s patented), the SnapFit connector works conveniently right out of the box without any alterations or extra work.

Made out of the same plastic as the main unit, the SnapFit connector simply hooks onto your MacBook.  The clip on the end of the SnapFit connector ensures the cable stays in place while charging, hooking into the gap between your keyboard and the display. The connector even has a small rubber strip on top, so if you happen to close your MacBook accidentally, your display is cushioned from any damage which is nice. 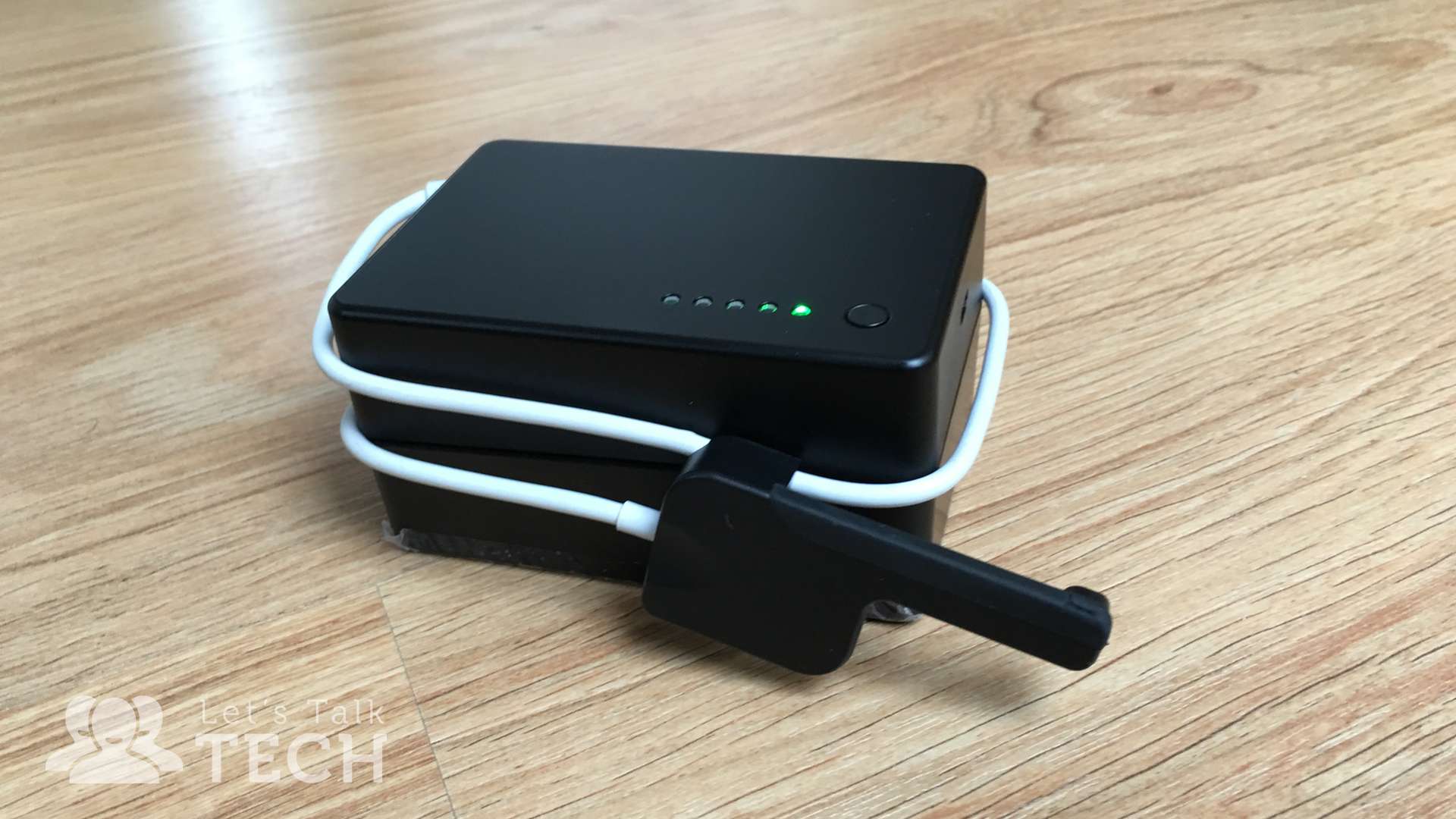 BatteryBox’s cable wraps around and hooks onto the SnapFit connector

They’ve tried to create a convenient way to wrap up the cable around BatteryBox and hook it into the SnapFit connector once you’re done using it, but it doesn’t look quite as tidy as I’d like. The cable just hangs loose around the unit and can easily be pulled away from the SnapFit connector, especially in a packed up bag. A cable management system like on WD’s hard drive, My Passport Pro, would have worked well here without taking up too much space.

One of the first things you’ll realise when using BatteryBox is that your Mac’s battery percentage doesn’t go up and that’s because it doesn’t actually charge your Mac. BatteryBox just powers it like a wall socket would, and the key benefit here is that it reduces the amount of battery cycles your Mac goes through, giving your internal battery a longer life-span.

Now in actual day-to-day usage, I’ve seen about 4 hours of use from BatteryBox. Not quite the 7 hours they promise, but 4 hours has been in heavy use with a range of apps open like Twitter (which really drains your battery), Safari, Spotify, and Pixelmator — not to mention I kept my display on maximum brightness. With lighter use and a dimmed display, I’m confident BatteryBox could deliver on 5-6 hours.

They also claim to deliver lossless power, which effectively means it gives out the full 60Wh (16,000 mAh) of power unlike other batteries that lose some juice during the process.

To charge up the BatteryBox you’ll need something powerful like the supplied plug or an iPad adapter — but even then, it takes quite some time to fully charge. Again, it’s not a huge deal though because I just leave it charging overnight.

Lastly, the SnapFit connector works really well when you’re on a desk or any other flat surface. Use it on your lap though, and you’ll find the wire constantly disconnecting with small movements.

I can comfortably say that BatteryBox has been incredibly useful to me. Not having to look around for power sockets when I’m out has been convenient, and because it takes up the same space as the MagSafe adapter, there hasn’t been an issue of weight or size either.

The price may be steep for some, but this isn’t a product for the average Joe. In my opinion, it’s for the professional or the regular commuter who is always looking for the nearest power source, and for that person BatteryBox is going to be a welcome and useful companion to their MacBook.