The Good: Universal, fast, intuitive and fun to use with plenty of shapes available for a myriad of scenarios.

The Bad: A few glaring omissions such as global preferences or folders for managing documents and no real sync to speak of.

The Bottom Line: Grafio is capable of creating great diagrams and designs at a fraction of the cost of more expensive alternatives.

Mention diagraming on iOS and most will undoubtedly think of OmniGraffle (and for good reason). But for many, using an app as powerful and complex as OmniGraffle would be akin to bringing a tank to knife fight…Sheer overkill.

Fortunately for those that feel this way, there are apps such as Grafio. Despite being around for a while, Grafio still hasn’t gained much notoriety; a shame really given I feel it’s a great diagraming app for iOS.

Grafio employs gestures that have become second nature to us. A pinch gesture either zooms the canvas or grows/shrinks an object if one is selected. Rotating objects is achieved in a similar manner; select one and rotate with two fingers. By default, the shape will snap to 15º increments, but this can be changed in the document’s preferences. 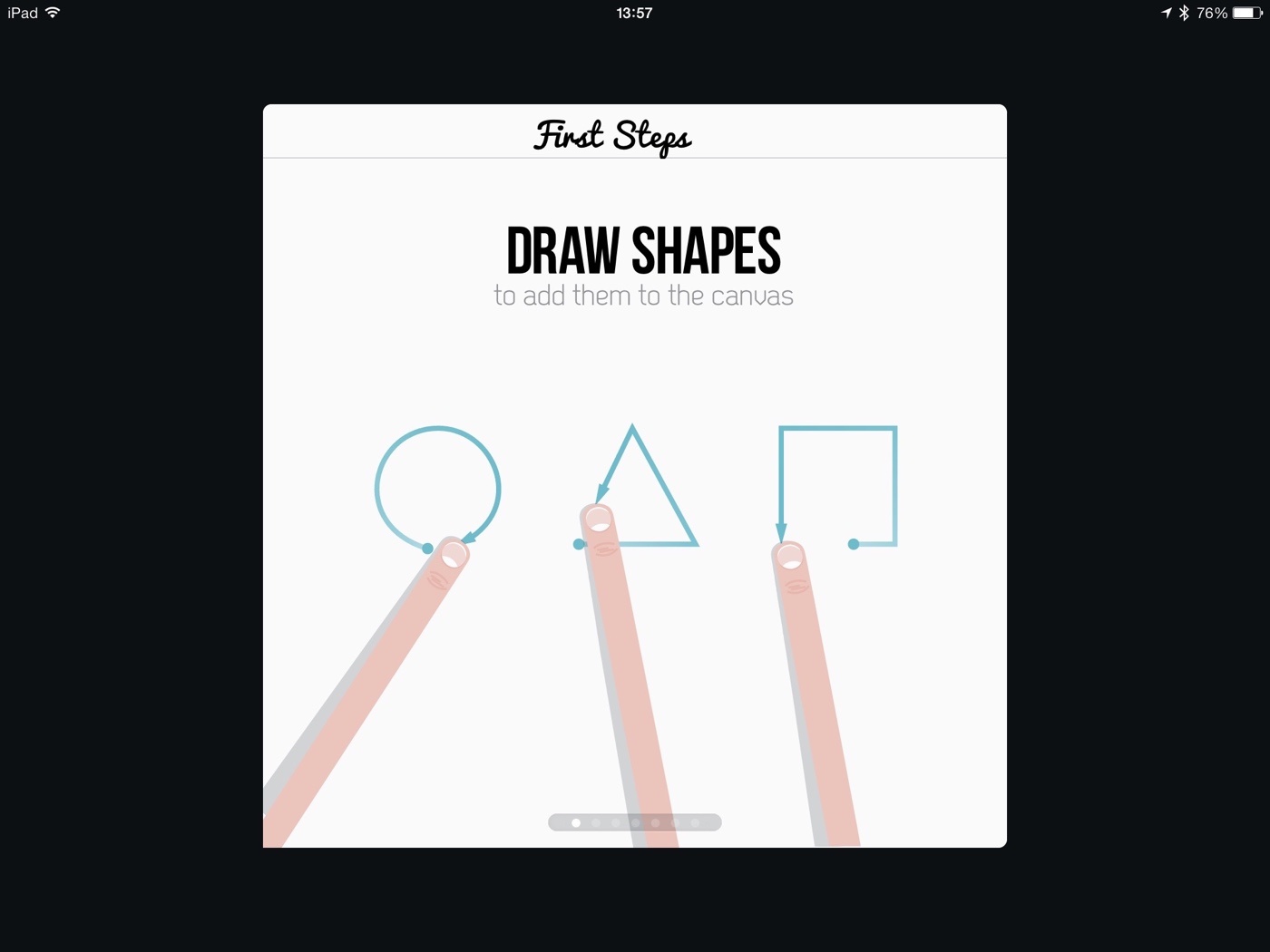 Grafio’s on-boarding — a series of slides and tooltips — not only brings a new user up to par with how it works but also introduces “Smart Shapes” one of it’s biggest selling points.

With Smart Shapes, you can simply draw a freeform circle, triangle, rectangle, line or connector and Grafio will convert it to a perfectly rendered shape. Among it’s many features, this is probably my favourite since it lends to a fast workflow. Rather than wasting time tweaking everything to perfection, I can get the rough idea out of my head and onto the digital canvas, quickly and effortlessly.

Once satisfied with the rough diagram (or not so rough thanks to smart shapes), I can tweak it to perfection. With the ability to snap shapes to a configurable grid and intelligent guides, aligning objects is painless. And if basic shapes aren’t enough, there is a plethora of shapes available in the Shape Library. Furthermore, shapes can be combined, grouped and saved to create custom objects available within the Shape Library.

One other feature in Grafio which isn’t commonly seen in similar apps is the inclusion of audio notes. Select an object, tap the microphone and record some audio to have it attached to a shape. An interesting idea, but one I found little use for and would’ve preferred to disable it altogether. While it is possible to do, I eventually gave up due to sheer frustration, which brings me to my biggest gripe with Grafio. 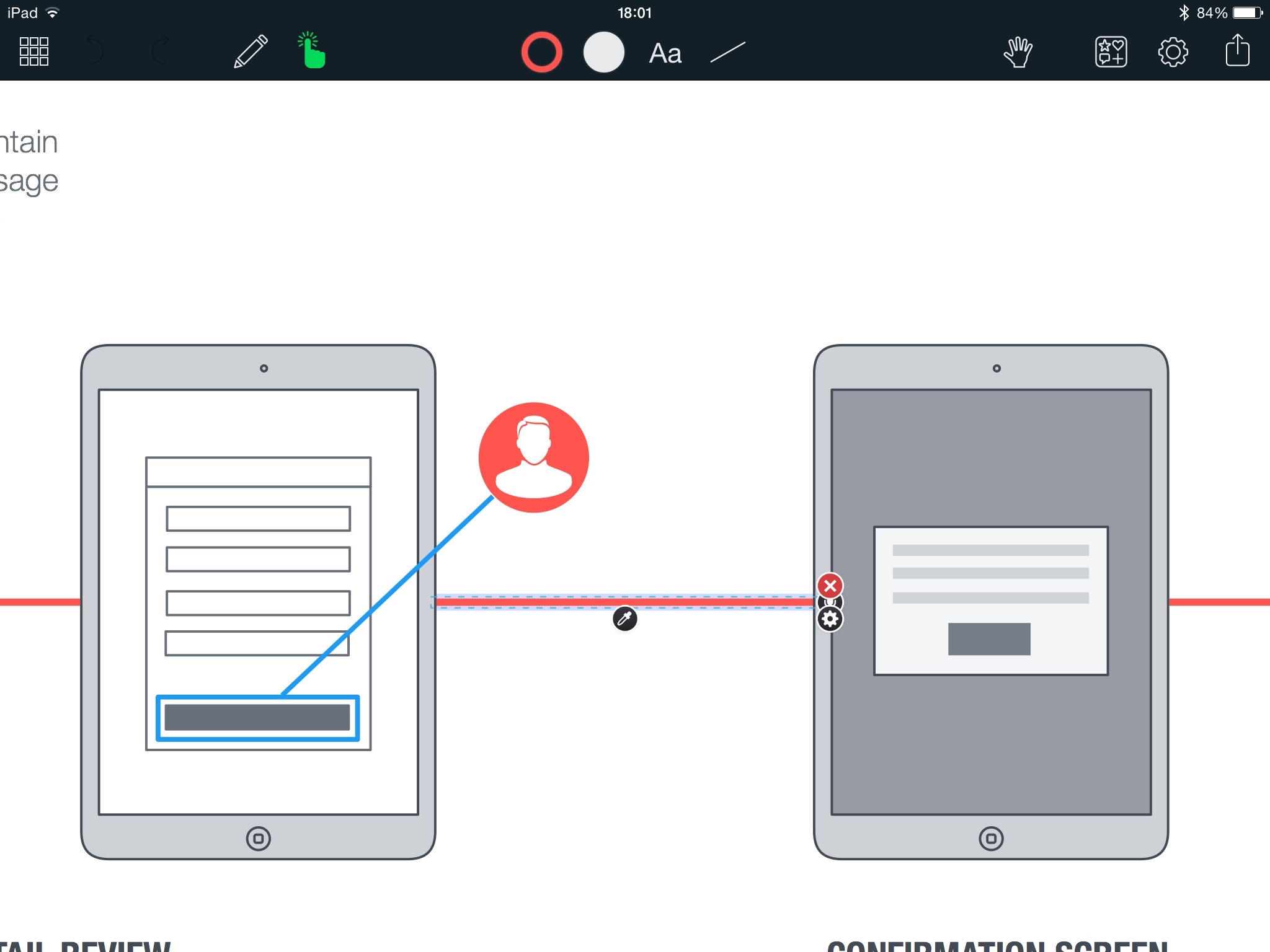 Can you spot the microphone button? I’ll give you a hint, beneath the properties and delete buttons.

As it currently stands, Grafio lacks global preferences (apart from what the developers deemed to be sensible defaults). Each and every time I create a new document, I have to adjust my personal preferences (such as disabling audio notes) again. It would have been better to provide global preferences and then allow for individual adjustments for each document.

Another odd omission, especially for a universal app with support for Dropbox was the lack of synching. Any changes made on one device, must be exported to Dropbox and imported on another (having to choose each time whether to duplicate or overwrite).

Despite these issues, Grafio remains a fast, intuitive and fun to use app. Best of all, at £6.99 ($8.99) it costs just a fraction of what you’d pay for more expensive alternatives.

BUY ON THE APP STORE