The Bad: Bass drowns out rest of the range, sound lacks clarity.

The Bottom Line: If you love bass and aesthetics, the Liberates are for you; look elsewhere for higher quality audio.

Audio hardware is a marketplace of intense competition. Little wonder that so few new entrants are known outside of audio-connoisseur circles. But House of Marley seems destined for big things, thanks mostly to a unique sense of retro style and some excellent audio components — exactly the attributes I praised in a previous review of the company’s Get Together portable speaker.

Now, placing HoM’s Liberate headphones over my ears, I wonder…can every product from the Michigan-based manufacturer really maintain that sky-high standard?

Being a very eco-empathetic firm, House of Marley tends to use recycled or sustainably sourced materials where possible, and the so called “Earth-friendly” Liberate ‘phones are no exception. 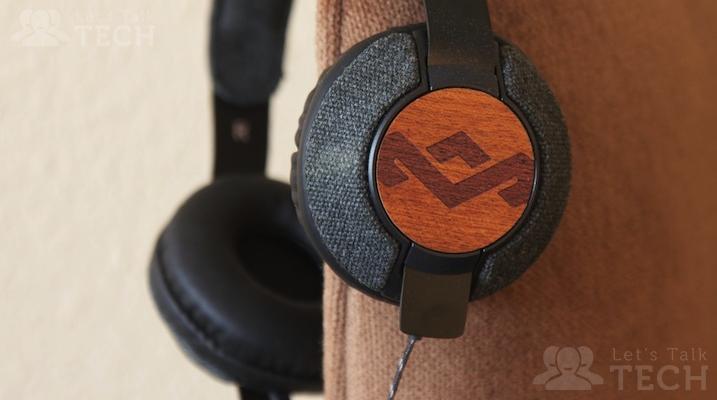 HoM’s REWIND fabric and a wooden badge covers each headphone.

The headband is made of recyclable aluminium, and on each ear rests a circular patch of HoM’s REWIND fabric — made from reclaimed hemp, organic cotton and recycled plastic bottles — and a nice little badge made of FSC-certified wood cladding. Despite there being a 44mm speaker in each side, the Liberates are pleasingly light, and they feel fairly unbreakable, even if not luxurious. Then again, they do retail at a fairly modest £100.

The fabric cable, as supplied with all HoM products, is a little longer than the average headphones lead, and also included in the box is a thick fabric carry case. Full marks all round.

When put into audio action, the pretty design of the Liberates works well from the user’s perspective.

The headband isn’t cushioned, but it rests lightly, aided by a strip of REWIND fabric on the inside. The other main contact points are the ear cushions, which are plush and soft, whilst also providing a very impressive seal over your ears. Together, these parts grip your head firmly, but it is a very comfortable grip, even during lengthy listening sessions. 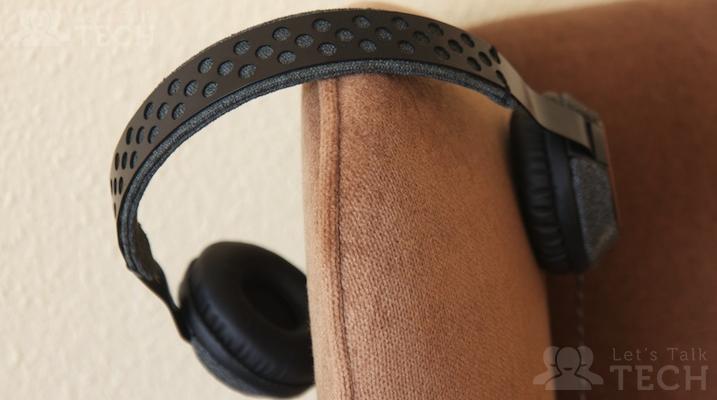 There isn’t much cushioning on the Liberate’s headband.

These ‘Marleys also come with some basic controls. Look down the cord, and you find the recycled-plastic handset, which feels a bit cheap. However, the clickers on the volume up, volume down and answer call buttons — made with Apple compatibility in mind — all have a reassuringly solid click to them.

It’s also worth noting the small metal shields that protrude downwards from each earphone. These are designed to prevent the cord being bent viciously as it leaves the headset, and they work very well in a heavily loaded bag.

With such an impressive exterior, the assumption would be that HoM have cut corners in the sound department in order to keep the Liberates under the £100 mark. Initially, such corner-cutting is not apparent. A rich bass is accompanied by respectable clarity, and drums have a physical kick to them, making for very punchy rhythms.

But after a while, it becomes apparent — particularly with lighter tracks in the folk or acoustic genres — that the Liberates actually produce a hooded sound. Or, to put it another way, the soaring high notes don’t make it far off the ground. Fiddling with iTunes’ equalizer somewhat alleviates this, but the overall mid-and-bass wall of hum often overpowers the subtleties of the upper register. There’s nothing I like more than a meaty bass, but there is no need for it to detract from everything else.

That said, if you don’t mind the bass, this is sound that’s good enough for a knockabout set of ‘phones to take on the daily commute — just don’t expect truly outstanding audio reproduction.

It’s difficult not to like the Liberates. They look good, feel nice on your head, and the drums-and-bass-heavy sound they produce is appealing in short bursts. They are just really nice to use.

Of course, for any serious listening, they are out of their depth, which is a little disappointing if you’re shelling out £100. It’s nothing like a high-end price, but it’s still a sizeable sum for most of us.

But if you‘re attracted to a bass-heavy sound, then the take-me-anywhere durability and retro looks of the Liberates makes them really quite likeable.