It’s been a journey of highs and lows for HTC, from bringing us the award-winning flagship HTC One, to falling sales and internal turmoil within the company’s ranks.

But with a new advertising campaign featuring Iron Man himself, Robert Downey Jr, the Taiwanese phone maker really is trying to embrace its ‘Here’s to Change’ slogan and regain some of its lost ground.

Is it going to be enough to keep the manufacturer on an even keel with top smartphone players like Samsung?

One thing HTC can certainly lay claim to is producing one of the most highly regarded smartphones of 2013, with its HTC One. The flagship device has won many an accolade, including the European Imaging and Sound Association’s Best European Advanced Smartphone 2013-2014 award, which has had a positive impact on the company earning it industry credibility.

Analysts in the mobile world have agreed the One is one of the best amongst the current wave of new handsets, trumping the likes of the iPhone 5, Samsung Galaxy S4 and Sony Xperia Z in the smartphone review stakes.

Back in 2010 HTC was the top seller of Android-based smartphones in the US, with a market share of 11.8%, but lost the number one spot to Samsung just two years later. Since then the firm has paid close attention to its Korean competitor and its line of Galaxy-branded devices.

Sticking to what you know

Not wanting to fall behind the current trend of flagship variations, HTC introduced the HTC One mini last month. A smaller, more affordable version of its premium sibling, the One mini has also received glowing reviews from industry experts.

But winning over reviewers is only the first step and with the handset only recently coming to the consumer market, it begs the question as to whether it has the longevity to beat other mid-range models, such as the Samsung Galaxy S4 Mini.

HTC is also rumoured to be readying the HTC One Max, another iteration of its flagship, which could easily overshadow the ailing sales of the One as more consumers show more interest in oversized smartphones. In fact the possible ‘phablet’ has been met with some criticism with technology sites such as Tech Radar raising concerns it could deter interest in the flagship and further cripple the company.

Make no mistake that in the competitive world of mobile phones, coming up with new devices that are different from the rest, is essential to keeping consumers interested.

There is no doubt that the HTC One is an impressively strong handset, but the company is now at a critical crossroads, following questions over the manufacturer’s leadership. It would have perhaps been a more beneficial strategy to space out its product cycle and focus solely on its flagship, which is still attracting huge amounts of attention in the smartphone arena.

HTC is now said to be seeking a dramatic revival under chief executive, Peter Chou. But despite being praised as the brains behind the firm’s award-winning smartphones, some insiders believe he has become more of an obstacle to any change in direction as the company tries to overcome hard times.

In such a competitive market HTC has seen its market share fall to below 5% from 25% recorded five years ago. Its stock price is at an eight-year low in its home country of Taiwan, and there have been forewarnings that it could make its first operating loss this quarter.

However, the company stated: “HTC’s board and broad employee base remain committed to Peter Chou’s leadership. The flagship HTC One product family – which has been met with accolades by media and consumers alike – was a result of Peter’s vision and leadership, and speaks for itself.”

There’s no doubt that the Taiwanese firm’s new advertising strategy has been brought in to help build brand recognition across the globe and draw in new consumers.

Within the new campaign the slogan ‘HTC can mean anything’ seems a little muddled in its message, but its advert has certainly attracted a lot of attention and reactions have generally been positive.

The HTC One may not have been the saviour the company hoped for, but when coupled with the new marketing strategy it could prove to be the strong foundation the manufacturer needs to bring about a much-needed change.

This guest post was written by Stefanie Keeling of Phones 4u – home of the best mobile phone deals and #projectupgrade. 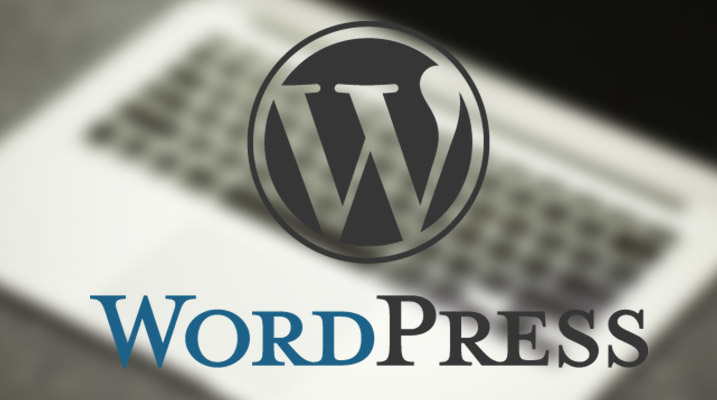 3 Reasons Why I Use WordPress To Create Blogs & Websites

While I'd love to learn some day, and I fully intend to, I prefer to use a time-saving "out of the box" service instead, and until now that service has been Wordpress.