The Good: I like that there are LED indicators on the bottom of the case, and its sturdy build makes the iWalk Chameleon feel durable too.

The Bad: I would have welcomed a simpler design (the all black version looks nicer than the white/grey), and the mute switch was a little inconsistent.

The Bottom Line: Considering that it costs just half the price of some leading iPhone battery cases, the iWalk Chameleon is a great buy. Not only do you get a full backup charge (2400 mAh) on the go, but a good protective case in the process too.

If my iPhone 6 runs out of battery while I’m out, I usually rely on good old battery packs to keep me topped up. The problem with battery packs of course is that, not only are they large, but you usually need to carry a dedicated cable too! (Unless you have something like the Nomad ChargeCard or ChargeKey anyway.)

With an iPhone battery case like the iWalk Chameleon though (£49.99), relying on a battery pack and cable is a thing of the past — just slide your iPhone 6 into this case and it’ll top up your battery in no time. 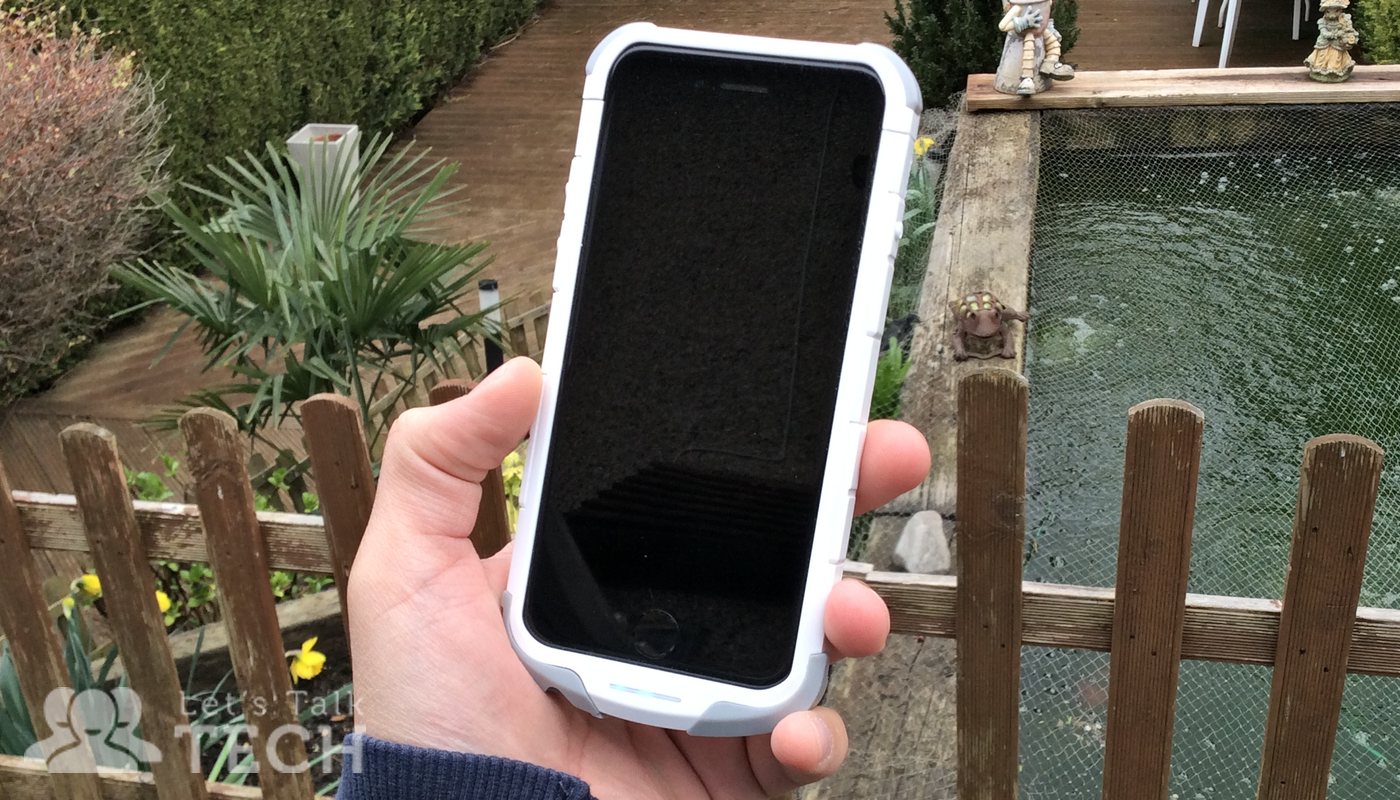 There’s no other way to say this: iWalk’s Chameleon case is a tank. Its main body is built out of a solid plastic, and it’s also got additional “air cushion” bumpers covering each of the Chameleon’s four corners for some added impact protection.

Because the Chameleon case has a bit of a “chin” at the bottom (where the LED indicators are), the headphone port is a little out of reach with a normal headphone jack. That’s why iWalk made the bumper on the lower left corner detachable, making it easier to plug into the headphone port when you need it.

My volume and power buttons worked perfectly during my time with the case, with a responsive and satisfying click as you press them. The mute switch on the other hand was rather temperamental; switching my phone into mute mode worked fine, but whenever I tried to turn it off again the Chameleon’s switch would get stuck. (Hopefully this was a one-off defect.) 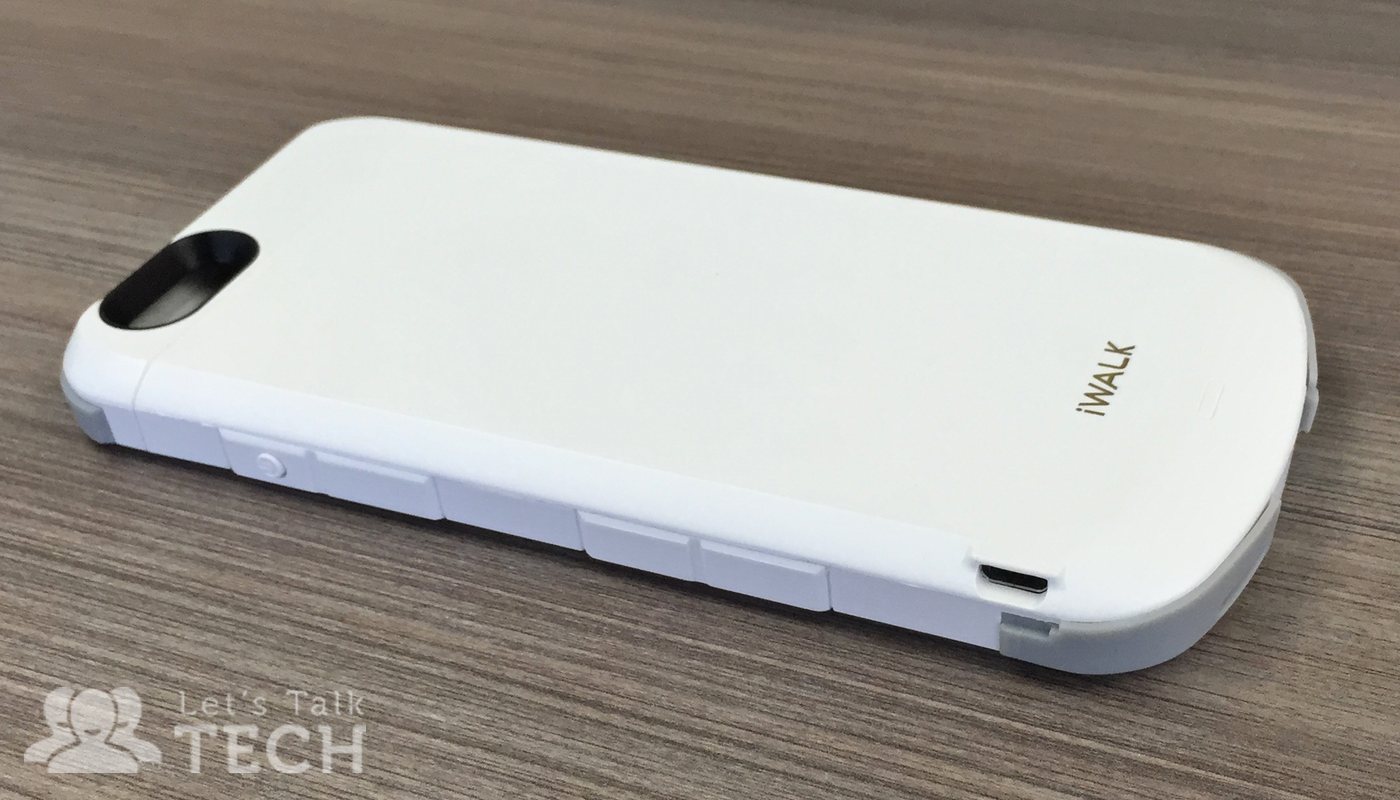 Charging up the case is easy; just plug into the micro-USB port on the right side of the case and you’re good to go. Given that the Chameleon case’s battery capacity is 2400 mAh, it doesn’t take too long to charge either.

Topping up your battery 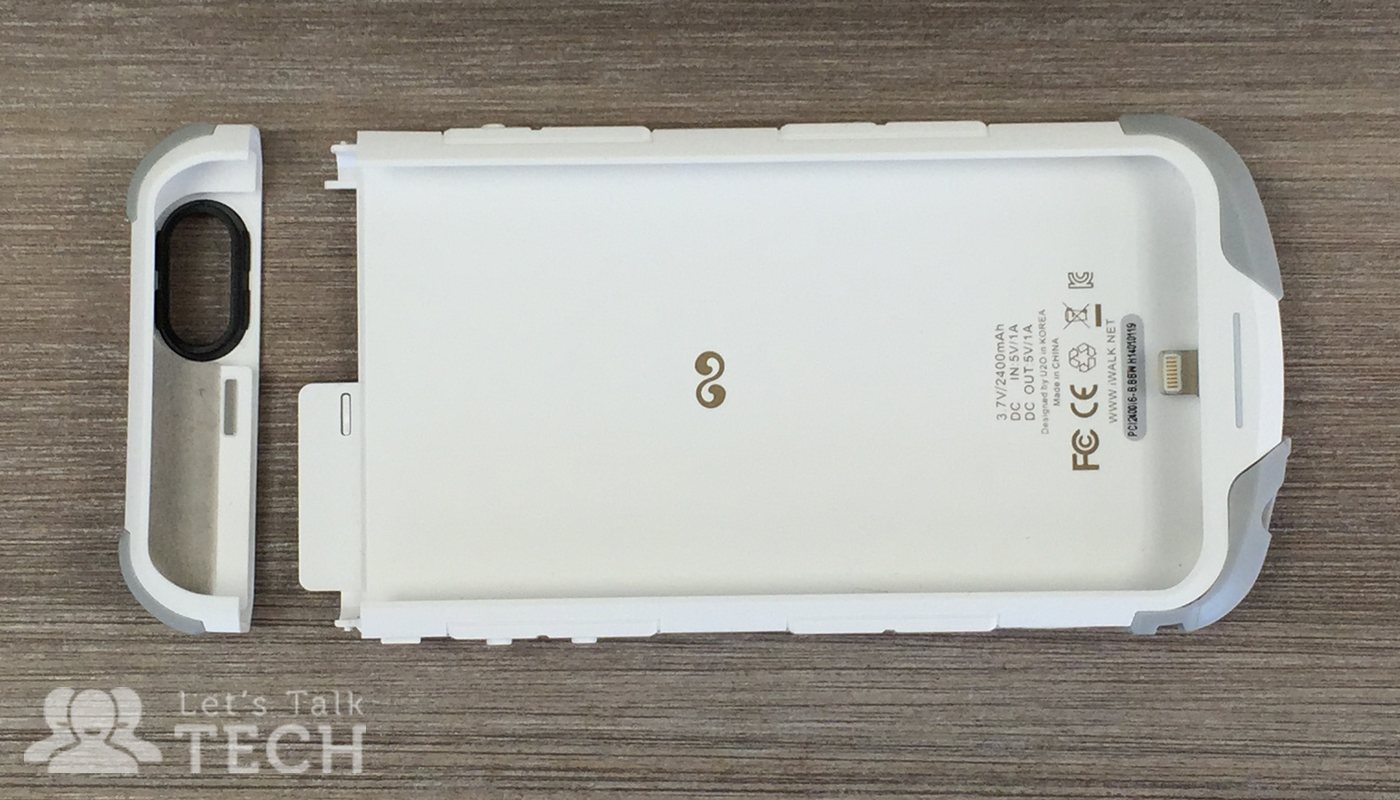 The top detaches from the case, allowing you to slide in your iPhone

To get your iPhone into the iWalk Chameleon case, you just pull away the top of the case, slide in your iPhone, re-attach the top and voilà, you’ve got 2400 mAh of extra power to keep you going.

To make it start charging, all you have to do is hold down a small (and hardly noticeable) button found at the back of the case, under the iWalk logo. My first thought with these cases is always, “what if I turn it on accidentally?”, but the iWalk Chameleon’s button is flush with the case and needs a bit of a press to actually start working! The same applies when you want to turn it off.

While you can pick up a range of larger capacity battery packs for under £50, none will have the convenience of a battery case. Sure, I would have liked to see a sleeker and more elegant design here, but iWalk’s Chameleon works well and fits into an affordable price bracket too. I’d recommend it.