The Good: Sturdy build quality and simple design; does what it says on the box.

The Bad: Can be tricky to pull out microSD card.

The Bottom Line: The Nifty MiniDrive’s design makes it a discreet, yet powerful way to boost your MacBook’s internal storage.

When I bought my new MacBook Pro late last year, 120GB of internal flash storage was the best I could afford. The next model up with 256GB was going to cost me another £200 or so, and it was simply out of the question at the time.

Of course I could opt for external storage like an external hard drive or USB stick, but that would involve keeping it on me all the time, and frankly, I just can’t be bothered to safely eject it and keep plugging it in and out.

Now fortunately, here’s where the Nifty MiniDrive comes in.

While the Nifty MiniDrive’s tray is made out of plastic, its outward-facing panel is capped with “precision-machined & hand-polished” aluminium, keeping it consistent with your MacBook’s look and feel. Nifty even offer a choice of two colours: silver for a more seamless look with your MacBook, and a lovely red version too.

Nifty MiniDrive comes with a 4GB MicroSD card and a cool pin.

In the box Nifty throws in a small 4GB MicroSD card to get you started, the MiniDrive itself and a cool little pin which you use to remove the MiniDrive from your Mac. Don’t worry too much if you lose this one though; you can easily use a paperclip or something similar. 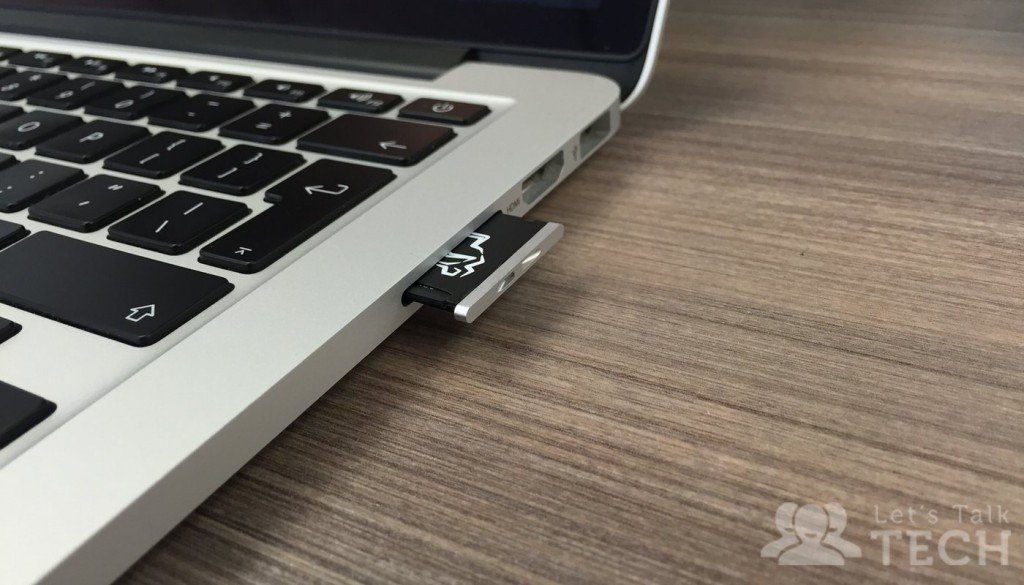 The main thing you’ll need to consider (and compromise on) with the use of your MacBook’s SD card slot is performance; MicroSD cards simply can’t match the level of performance you’ll get from SSDs (Solid State Drives).

Where an SSD is likely to hit between 200-500 MB/s transfer speeds, MicroSD cards can vary between 10-90 MB/s. They also have shorter life spans than a traditional hard drive or SSD. Despite this, there’s a lot you can do with the Nifty MiniDrive and micro SD card combo.

Here are 3 of my main uses for the Nifty MiniDrive:

So there you have the Nifty MiniDrive; an inexpensive and effective way to boost your MacBook’s internal storage. I’ve loved having the extra storage so far and if you’re running low on storage too, I’d definitely recommend it.

Are you going to grab one for yourself? Let me know in the comments!