Picture this: You’re on the move — maybe in a car or a train — mindlessly scrolling through your social media accounts, burning time. Now alternatively, what if you can take those large, bulky and dusty old video game consoles and literally fit all of them into your phone? It’s a brilliant (and fun) idea for those long and boring commutes, no?

RetroArch is the key to playing literally any old game from any old system you can think of, right on your Android device.

Whether it’s an absolute classic like the very popular Super Mario Bros. 3 from 1988 on the NES, or the original Metal Gear Solid on the first PlayStation in 1998, RetroArch has you covered. Even the most obscure old consoles are under RetroArch’s umbrella, so its large coverage of consoles is not to be underestimated.

RetroArch being labelled as an “all-in-one” emulator is a huge understatement. It emulates many different old game consoles, whilst also being supported on a ridiculously large number of modern and old hardware. So no matter what kind of device you have, even if it’s considered absolutely obsolete today, RetroArch is capable of being used.

It’s available on the Google Play Store for the price of a slight smudge mark on your screen, or in other words — free. RetroArch isn’t just available on Android, however, but also for iOS (albeit, not on the App Store), Windows, Linux, Mac OS, Xbox One, Nintendo Switch, your own browser, and more.

Getting started with RetroArch for Android

Now that you’ve launched RetroArch for yourself, it may seem somewhat daunting and confusing. You may even question what the menus mean; just what are “Cores”, for instance?

In RetroArch terms, a Core represents a retro console, and is needed in order to run your games. Downloading a Core, thankfully, is very straight forward:

Playing your old game collection is fine and dandy, but this isn’t as far as RetroArch can go in terms of delivering you that exact same experience you had when playing these games on their respective physical units.

Truth be told, you can actually enhance the experience with a few tricks, one main example being the improving of the graphics. A must-have for your game library, in my opinion.

For this example, I will be using Sonic the Hedgehog 3.

And voila! Your once pixel-like 2D game is now rocking a crispier and more modern look.

But, hold on… What if you wanted Achievements for your games, like the current PlayStation 4 and Xbox One do with their games?

Well, believe it or not, it’s absolutely possible to unlock achievements for your old favourites:

And that’s it! Taking your physical, clunky old console units and playing their respective games on your own smartphones or computers with a lot of flexibility and customisation sounds very enticing and easy to do, does it not?

Download RetroArch today and re-experience your classics wherever you are! 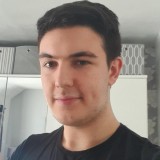 I'm many different things: A fun guy, anime lover, gamer, and most importantly - A tech geek.
I've always been impressed by technology and gadgets ever since I could barely talk, and the momentum for that will only keep increasing every day with new innovations constantly on the horizon.