The Bad: Can’t access private folders through mobile apps and makes a constant “humming” sound when in use.

The Bottom Line: Affordable, good-performance NAS drive for home users. Setup is a breeze, and home users will find it a great way to centralise all of their content and back it all up too.

If your home is anything like mine, then you might just have a variation of laptops, tablets and smartphones lying around, all owned by different members of the family. Of course with that, you’re bound to have a bunch of videos, music and photo collections saved on to separate internal (or external) hard drives too, which just makes things messy.

The Seagate Central is basically a single hard drive that’s linked to your home network — also known as Network Attached Storage — providing you and the rest of your family with a quick and easy way to store your digital content in a single place. Consider it a personal cloud like Dropbox or Google Drive, except it’s kept in your home.

I’ve got the beefier 4TB version of the Seagate Central in for review (£149.99), although it does ship in both 2TB and 3TB storage capacities too. 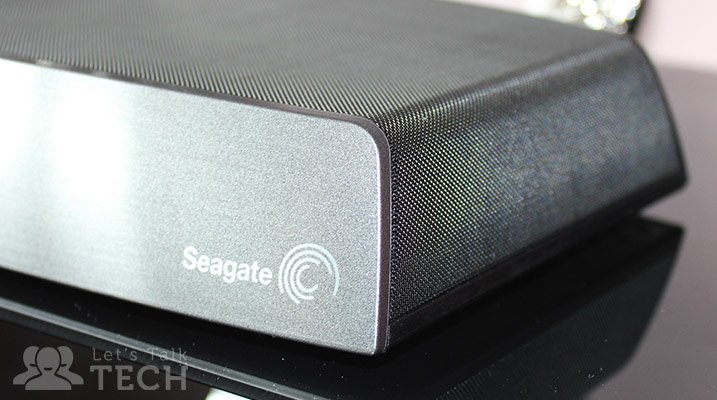 The Central NAS drive has vents across the top and a plastic front panel.

Housing the Seagate Central’s 4TB drive is a 216mm x 145mm x 42mm shell, with exposed vents across the top and sides and a front panel with a “brushed metal” look to it. It’s a fairly simple design that’s unlikely to win any beauty contests, but in terms of its build, I like that the drive’s horizontal orientation and 1KG weight gives it stability on a flat surface.

You’ll find four rubber feet under the drive to help keep it in position too, along with ethernet, power and USB ports around the back — the USB port making it easy to expand on the Central’s 4TB storage. 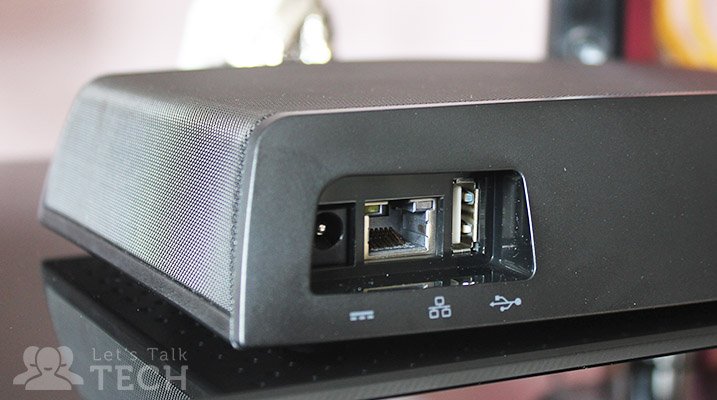 Ports found at the back of Seagate’s Central 4TB drive.

Seagate have really made the Central’s setup process a breeze. All you have to do is plug in the drive to a power source and link it to your router using an ethernet cable. Once that’s done, you’ll be able to access a public folder (accessible to anyone within your home network) via your Finder window on a Mac, or under the Network section on windows. The drive is automatically formatted to work for both operating systems which makes it easy to get started out of the box too.

Of course, when you have a bunch of people living in the same house it’s worth having a little bit of private storage space, so you can set up individual users with their own passwords and private folders via Seagate’s web portal. Creating users has a number of perks, including the ability to back up Facebook photos, remotely access content on your Seagate Central and of course store private data, including backups of your computer.

After sorting out the initial setup process I was able to access the content from my Seagate Central on devices like my Roku 3 and PS3, although you can also use other devices like Apple TV, Smart TVs and game consoles too.

As well as the ability to stream content on to your devices at home, Seagate also offer two additional apps: a media app to access/play your files and another to back them up. 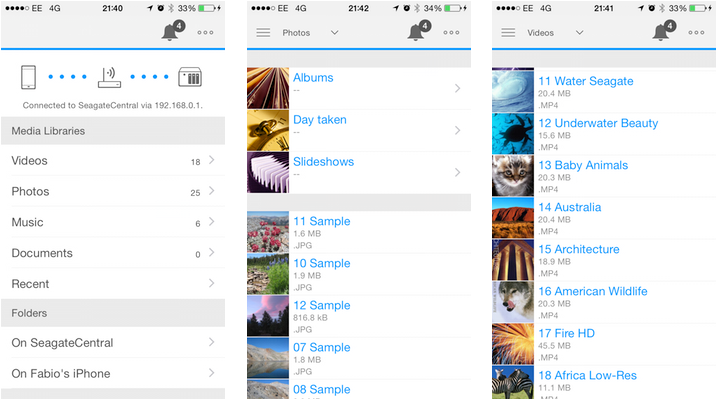 As the main accompanying app for the Seagate Central drive, the Seagate Media app for iOS, Android, Amazon and Windows Phone allows you to access the content on your drive wherever you are. The app’s interface is easy enough to navigate and the ability to stream media on to my Roku box is useful, but the app has one major shortcoming: you can’t access private folders from your devices, even if you’re on the same network.

If you want full access to private folders you’ll either need to use your Mac/PC, or you’ll need to get to your files by using remote access via the browser.

One of the app’s most useful features though is the ability to upload entire folders (or the individual files within them) from your phone or tablet to the Seagate Central drive, allowing you to delete your device’s physical storage when you’re done. The uploads go straight to the public folder which is annoying — it’d be nice to have more granular control over where they go — but I can still imagine the upload feature being super useful on a holiday when I need to make space for more photos and videos! 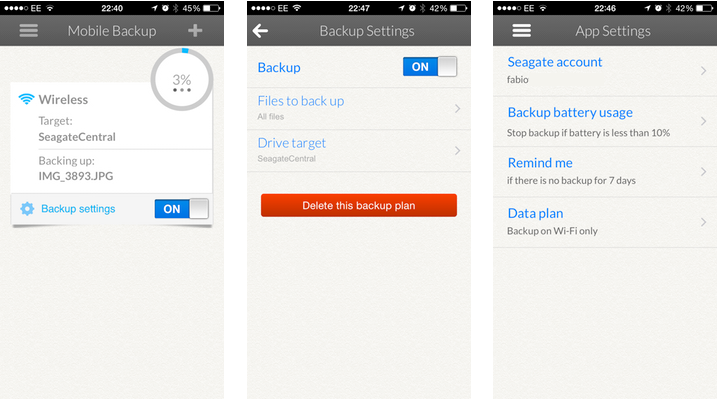 A nice little addition to the app selection is the Seagate Backup app for iOS and Android, which essentially makes it amazingly simple and easy to back up your photos and videos to the Seagate Central drive.

What’s convenient is that you can configure whether you want to back up photos and/or videos, what particular drive you want to save to (assuming you have more than one Seagate drive), reminders and you can even prevent backups if battery is below a specific level.

Running speed tests over a Wi-Fi connection, the Seagate Central performed reasonably well with read/write speeds of 10.8 and 12.5 MB/s respectively. In a real-world scenario, it took me just over 3 minutes to transfer a 1.53GB compressed folder (with a video file) from an external hard drive that was plugged in to the Central’s USB port on the Seagate Central drive itself.

When it came to streaming I had no problems. The Roku 3 (which is on the second floor of the house, while the router is on the ground floor), was able to play back videos and music quickly and smoothly. You’ll need to bear in mind that speeds (particularly over Wi-Fi) will vary depending on factors like your router and the amount of devices connected at home though.

It isn’t the quietest drive I’ve ever used — it tends to make a light humming sound in the background — and it does heat up a fair bit, so it’s worth trying to leave the Central drive in a cool place.

The bottom line is the Seagate Central drive will make it easy for anyone to centralise all of their data at home and maintain safe backups of their data. From photos and videos to important documents, Seagate have made it easy and quick for even novice users to set up and use.

It doesn’t offer the level of complexity and customisation that some pro-users might seek, but as an easy to use, out of the box NAS drive, the Seagate Central is a solid choice.