Laptop stands aren’t exactly known for their portability, or versatility for that matter. After speaking with Twelve South’s founder Andrew Green at CU Exposed in London earlier tonight, it’s clear that BaseLift is their attempt to change that. 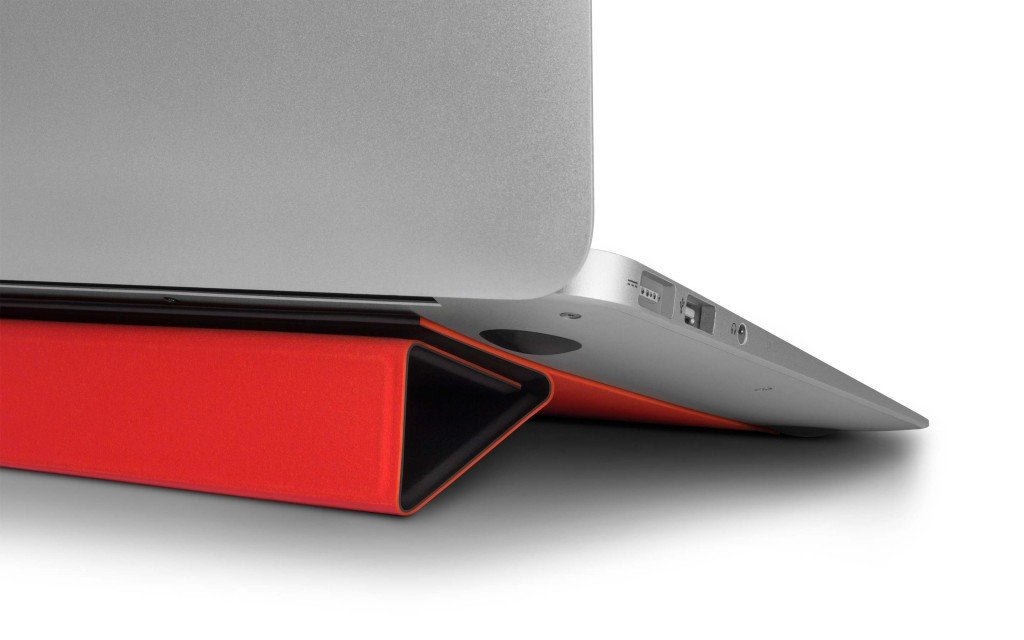 Rather than being “just another” stand that’s restricted to your desk, the BaseLift is a super-thin, microfiber-layered pad that attaches to the bottom of your MacBook — in fact, any MacBook — making it simple to set up a mobile stand wherever you are.

The concept is quite clever: much like an Apple Smart Cover, the Twelve South BaseLift folds up to leave your MacBook in an elevated position to improve your typing experience. When you’re done, it just flattens out again to a height of just 181 mm meaning it won’t add a significant amount of bulk and get in the way in your bag.

I had a chance to use it briefly at CU Exposed, so while I’ll hold my judgements for the full review it felt sturdy to type on, and in usual Twelve South style the design & build quality was top notch.

The BaseLift costs $39.99, and it’s available from Twelve South’s website here. For now, check out the video below to see how the BaseLift works: