Back in the late 80s, every gamer with a home console or PC dreamed of owning a virtual reality (VR) headset that they could play their favourite games on. Alas, while a number of developers worked on the idea for decades, VR was simply too expensive and technologically difficult. That is, until a few years ago when the Oculus Rift appeared on Kickstarter and gamers were finally given the chance to make their dream a reality.

Now, VR is finally gaining traction as companies including Sony and Google embrace the new technology. Headsets are already on the market but those available right now are nothing compared to the future models that we can expect according to experts. In fact, Frank Azor, the general manager of Alienware, told TIME that future VR tech will cover all the senses, while filmmaker Jessica Brillhart believes that VR will become an intricate part of everyday life.

So, how will VR impact the various gaming sectors that already exist? Today, we thought we’d take a look at how console gaming and iGaming industries are already utilising the tech and some possible ways it could grow.

Although the games are still relatively basic, many console game developers are already embracing VR technology. Most of the initial releases were deep immersion games such as Crytek’s The Climb for the Oculus Rift, Wevr’s The Blue on the HTC Vive, and Ubisoft’s Eagle Flight, all of which focused heavily on the visual aspects of VR.

However, there are more games on the horizon that have a slightly more mainstream edge. For instance, Fallout 4 VR, Skyrim VR, and The Walking Dead VR are just some of the games that are already in production according to Tech Advisor. This implies that VR-based console gaming may focus on creating counterparts to successful games that already exist for a few years before taking the technology in a new direction.

Earlier this year, iGaming software developers Net Entertainment announced their first ever virtual reality slot game – a VR version of the ever popular Gonzo’s Quest. Needless to say, this announcement created a lot of buzz within the online casino community but, while VR slots will undoubtedly be entertaining, online casinos are bound to start offering something even more realistic.

Right now, a number of online casinos already offer live casino/table games to their customers who prefer highly interactive games. For example, at Mr Smith Casino, players can choose from 36 different live dealer games including Lounge Blackjack, Live Immersive Roulette, and Live Casino Hold’em. Usually, these games would be played from a desktop; however, with the introduction of VR, the experience can become even more interactive and immersive. Already, the tech available is incredibly impressive and simple so we can only hope that the iGaming industry builds on this experience, perhaps even involving other senses to create a more complete game.

Of course, other gaming sectors such as mobile gaming are sure to embrace VR tech as thoroughly as console gaming and iGaming, we’ll just have to wait and see where the tech takes us. Let us know if you already have a favourite VR games, and which platform you think will benefit most from the tech in the comments below. 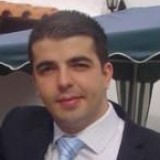