The Cons: No head strap cushioning, and no clip to stop the arms folding

The Bottom Line: Exceptional sound with pleasing build quality at a competitive price — what’s not to like?

When you find the words “Made in England” emblazoned across a product, you might expect to be reading them on a haute couture satchel or a beautifully painted piece of glasswork. But this is also the tagline on Angle and Curve’s headphones. Designed in London, manufactured in Birmingham, put together by hand in Stratford-upon-Avon — it is a homely, personal production line in the modern world of monotonous robotic assembly.

This is how every pair of Carboncans comes into being. These headphones (R.R.P. £119.99) were only launched at the back end of last year, as the result of more than two years of development, and they are currently the only hardware Angle and Curve sells. They are designed to represent the company’s vision for a “new standard of English audio excellence” — but does all the care and attention actually produce a great listening experience? Time to find out.

As is commonplace with premium headphones, the Carboncans arrive in a box that provides a beautiful build-up to the revealing of its contents. But after you have removed the outer packaging — complete with rubber handle and exquisite decals printed in shiny varnish —  you are presented with a product that is somewhat understated. Admittedly, my version with silver trim is not as flashy as its pink-dashed sibling, but nonetheless, the Carboncans are mostly covered in various textures of black. 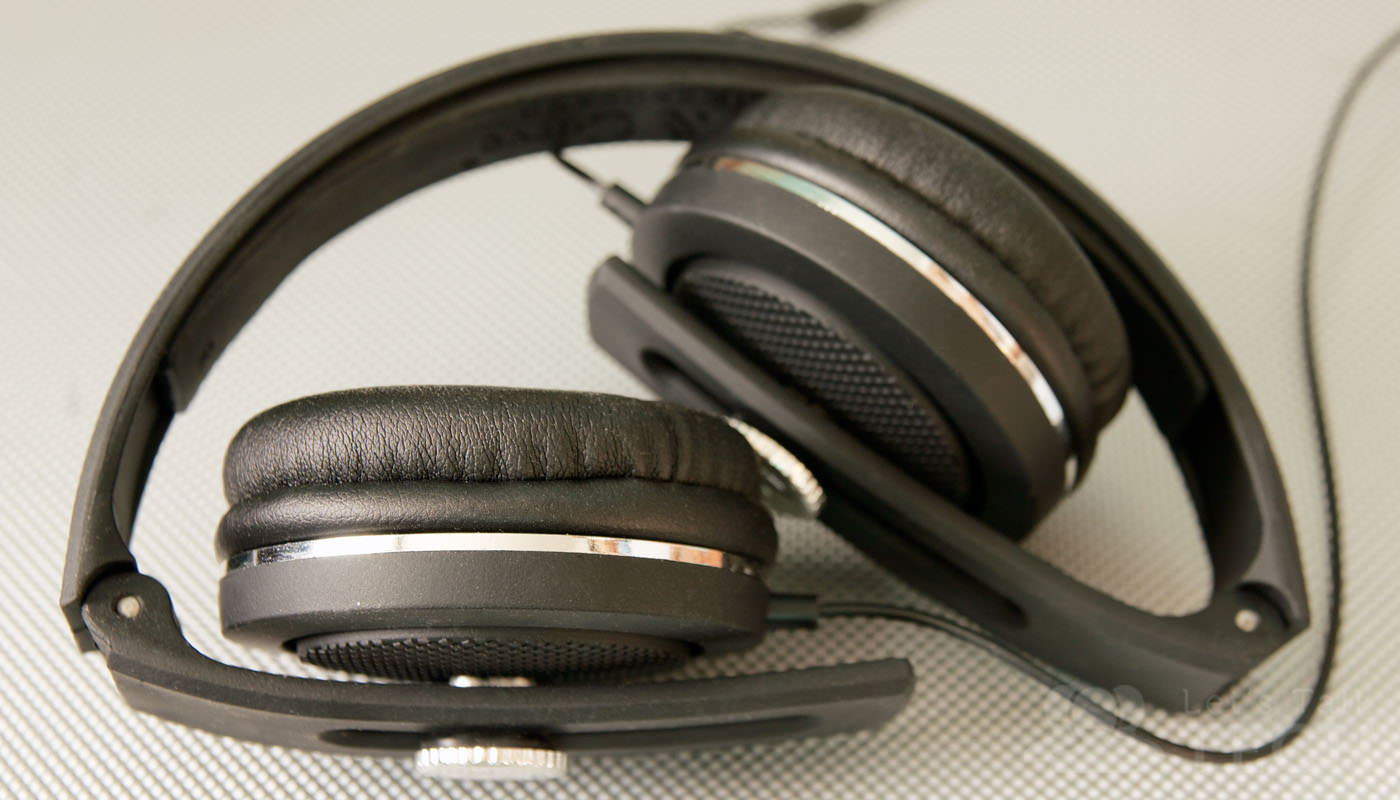 The Carboncans fold for easy carriage.

The main frame, which has joints for the earphones to fold inwards for easier carriage, is made from a carbon-nylon composite. It is a strong, yet light and flexible material. Apparently, Angle and Curve put significant development time into making it work for this purpose. Given how light the Carboncans are, it seems to have been a good time investment. Here, it has been finished with a rubberized paint finish that is soft to the touch, and weatherproof.

These details can be attributed to the expertise of Angle and Curve’s founder, Richard Wheeler, who formerly worked for a DJ equipment company and Aston Martin. His design skills allowed for the Carboncans to be constructed with just seven main components, rather than the twenty-something of many headphones, thus further reducing weight, and production costs. 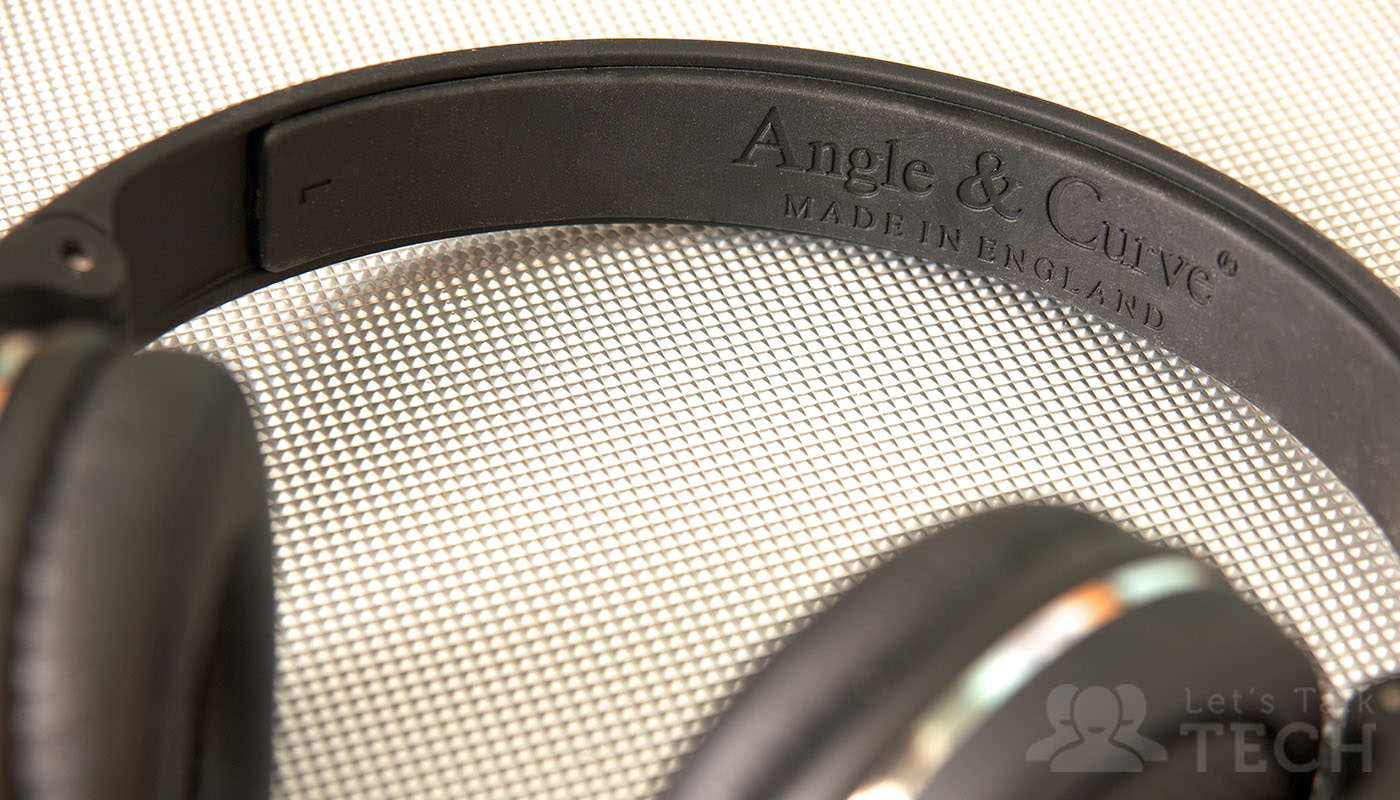 The “Made in England” tagline.

On the underside of the loop is a soft band. It is not uncomfortable, but some cushioning here would have been an improvement.

The earpieces, however, are very comfortable. They are attached to the loop by loose-fitting pins, allowing for each ‘phone to align with the angle of your ear. They can be moved to the correct height, as well, but they stay put in use, thanks to the friction created by their rubberized surface. The cushion on each earpiece is pleasantly soft, too. 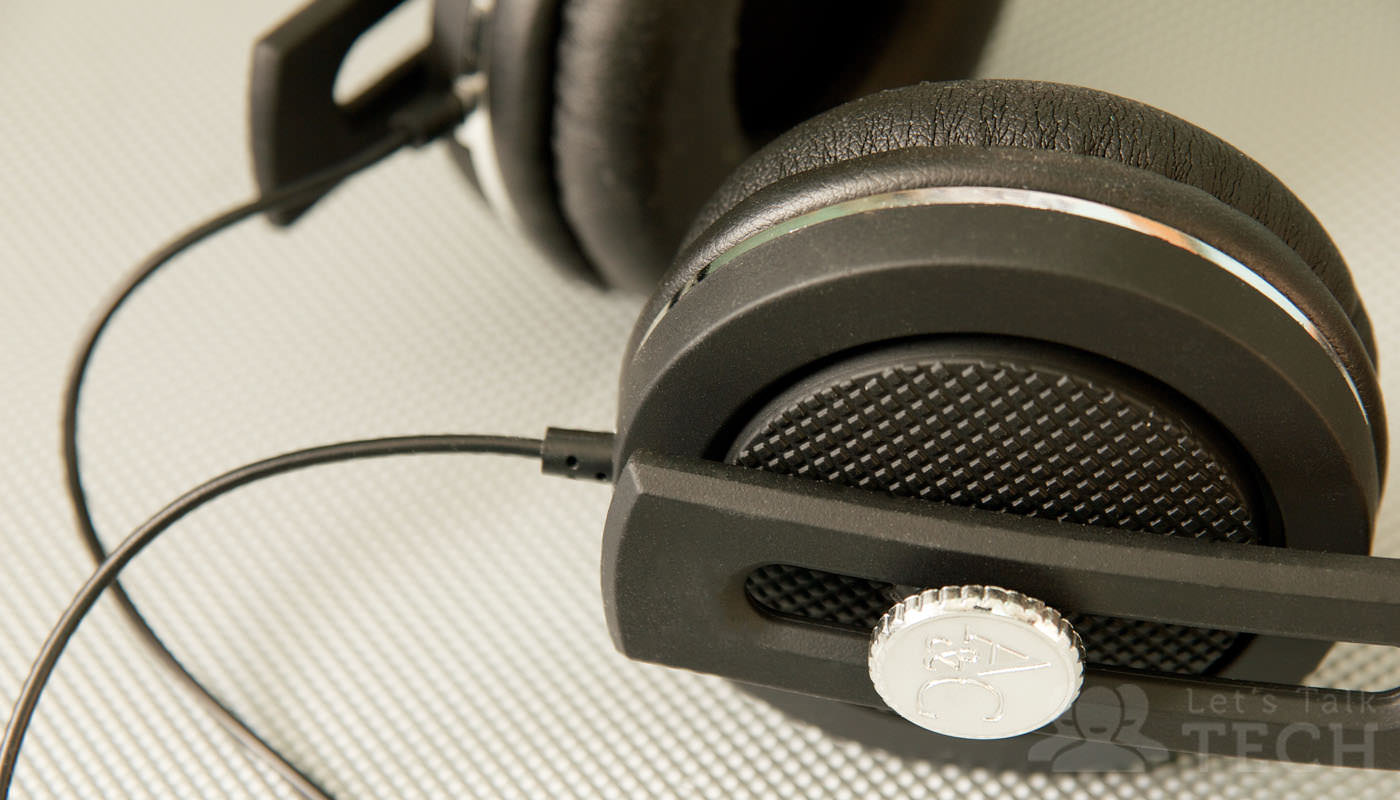 The construction of these headphones is impressive.

Unlike some of the competition, the Carboncans have a wire attached to both sides of the headset. This might be a problem for some users, but given the generous length of the “V” before the two sides meet, I can’t envision it causing any great inconvenience. The left-hand side is home to an inline mic, which works well for Skyping and the like, and I very much approve of the reach of the lead, which is well over four metres long.

The same careful consideration seems to have gone into the audio performance of these headphones. The Carboncans are equipped with 40mm Mylar drivers, which have an impressive frequency range of 20Hz~20kHz. In English, that means they go from very low to very high with ease.

The most impactful first impression when listening through the Carboncans, though, is the sheer clarity of their reproduction. It has the cleanliness of the studio recordings that fill our libraries. It is almost too smooth. But no, the rasp of James Morrison’s voice cuts through, as does the blasting bass of Mura Masa. I even heard new details in Wanna Be Startin’ Somethin’, a song that Spotify must be sick of playing for me by now. 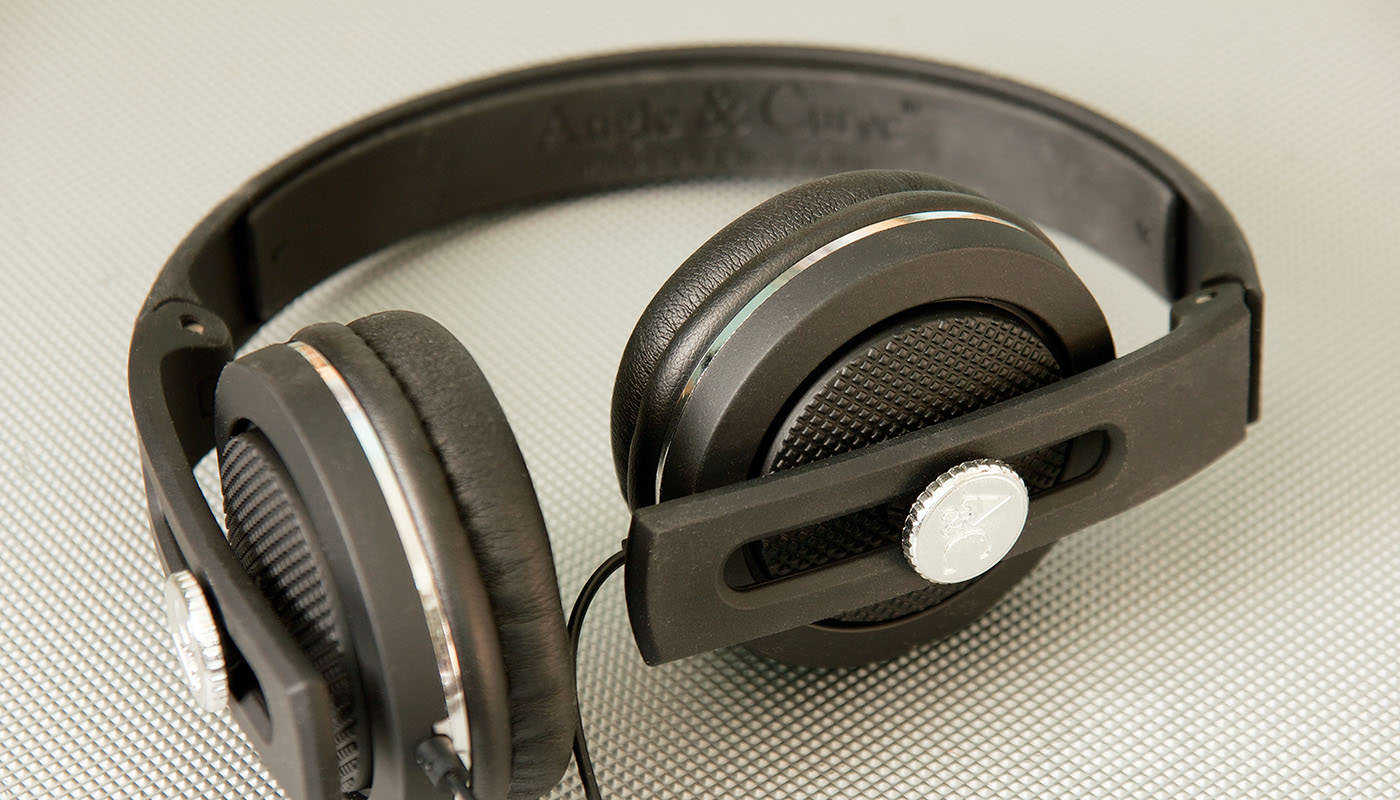 Angle and Curve have produced a special-sounding pair of headphones.

Next, you notice the significant stereo effect. Somewhere on your right, Lenny Kravitz’s amp is blaring away, while his keyboardist provides a subtle accompaniment on the left. The more complex the track, the more pleasing this spatial sound is.

Finally, you arrive at the range. Instead of bombarding you with bass in an attempt to disguise inadequacies, these speakers serve up balanced sound that is as high as the highest notes go, and as low as the lowest notes go. It almost breaks out of the audible spectrum. Ultimately, it is this depth that makes the Carboncans satisfying in the long run.

I must admit that the name Angle and Curve did not mean much to me before this review. I had heard about the Kickstarter campaign which originally funded the production of the Carboncans, but little else about the company. During this test, I went from open-minded reviewer to committed devotee.

These headphones are classy to look at, durable in everyday use, and a joy to listen to. Owning the Carboncans comes with a fuzzy glow of patriotism thanks to their local manufacture, and you don’t have to empty your wallet in order to benefit from it.

In other words, this the best £120 you can spend on a pair of headphones.