The Bottom Line: A great introduction to automation, with an occasional cause for initial confusion.

Trusty old Automator. It has been a steadfast ever-present in OS X since Tiger 10.4, offering to make instant workflows out of the repetitive tasks that would otherwise sap time away. It has saved me hours over the years. Yet compared with the likes of Mail.app and Safari, few Mac users have ever got to grips with Automator. That is a shame given its remarkable scope of utility.

The solution, perhaps, is an app named FilePane. A small, menu bar dweller priced at £2.99, it can be thought of as a quick-start Automator, lacking some of the outright functionality, but without the need for any setup. For anyone who does not wish to invest time in learning OS X inside out, it seems like a very reasonable trade-off — but is it up to scratch? I took a test drive to find out.

Theoretically, FilePane should be the world’s easiest app to get to grips with. It simply takes any file it is given, and then provides a menu of helpful actions to suit the kind of media being imported. But there are a few quirks that initially make this otherwise dead-simple app a touch confusing.

It’s easy to get started, but there are some quirks.

For starters, there are two methods of importing a file. You can select a file and use a keyboard shortcut, but the primary and default method is drag and drop. But unlike most menu bar items, dragging and dropping a file onto FilePane’s icon does nothing. It is only when the floating dropzone appears, apparently at random, that you can put files in. I stuck to using the keyboard shortcut… 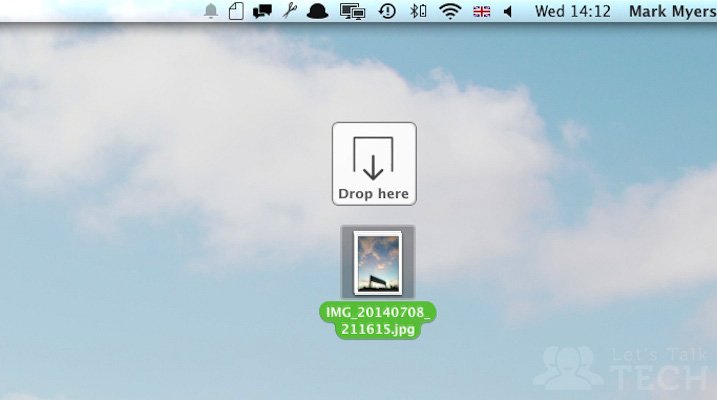 The dropzone is great…when you spot it!

Once a file does make it into FilePane’s system, you get a pop-up menu of actions. Neatly arranged into a grid, these icons are nicely designed, but their functions are not always instantly apparent. Perhaps a larger grid complete with titles wouldn’t go amiss, although you soon learn which icon does what.

Buggy interactions are, thankfully, heavily counterbalanced by pure functionality. Every file that enters FilePane can be emailed (a composition window is provided inline), sent to Twitter and Facebook, or beamed to other Macs via Airdrop. You can also zip, copy and print any file straight from the menu. 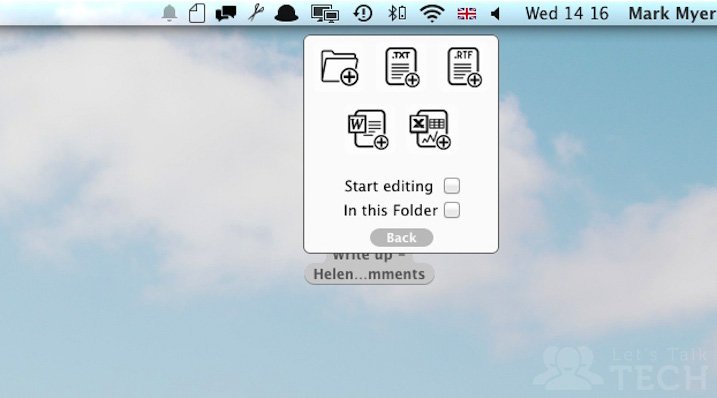 More options arrive when you drop a photo, a document, or highlighted content from other apps. Dropping in a photo allows you to resize it, crop it, and rotate it in FilePane’s inline editor, and images may also be set as your desktop. Text documents, meanwhile, may be converted to PDFs, or turned into new RTF Word and Excel documents. 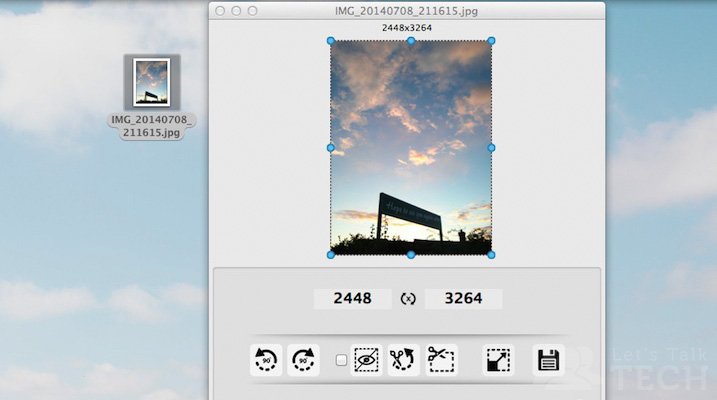 Further time-saving fun can be had when dropping in images and text from other apps. Highlighted text can be converted into a document, while images can be grabbed, resized and distributed without ever leaving Safari, or whichever app the content came from.

The majority of these workflows are automated, and in such cases, FilePane is quick to perform its duties. For tasks like emailing, the inline windows that pop up mean that the required user input can happen swiftly, and I found that even when resizing images at top speed, FilePane suffered little from slowdown or instability. In fact, only the erratic dropzone, as mentioned above, caused any slowdown in my productivity.

If you really know your way around a Mac, FilePane serves little purpose. But for folks who would like to cut out unnecessary shortcut memorisation and the complication of setting up Automator workflows, FilePane will definitely blast away some hassle.

Not that it’s the easiest app to learn. The drag-and-drop interface is very confusing, and you’ll initially have to hover over everything to find out what it does. But in terms of reducing app load times and input requirements, it does a fine job for a decent price.

Just make sure to swot up on awesome Automator, okay? Cool.