I spent my teenage years trying my best to hide the desktop PCs I owned. They were hardly attractive and took up more space than anything.

Well, HP’s new Pavilion Wave desktop PC is the kind of product that will certainly stand out in the computer/PC aisles — mainly because it hardly looks like one.

Sizing up at 6.81″ x 6.62″ x 10.29″, which by the way is much smaller than conventional tower PCs, the Pavilion Wave is a compact and stylish option you’ll want to show off. From its triangular design to the woven fabric wrapped around it, HP have created something here that’s unlike any desktop PC I’ve come across before. 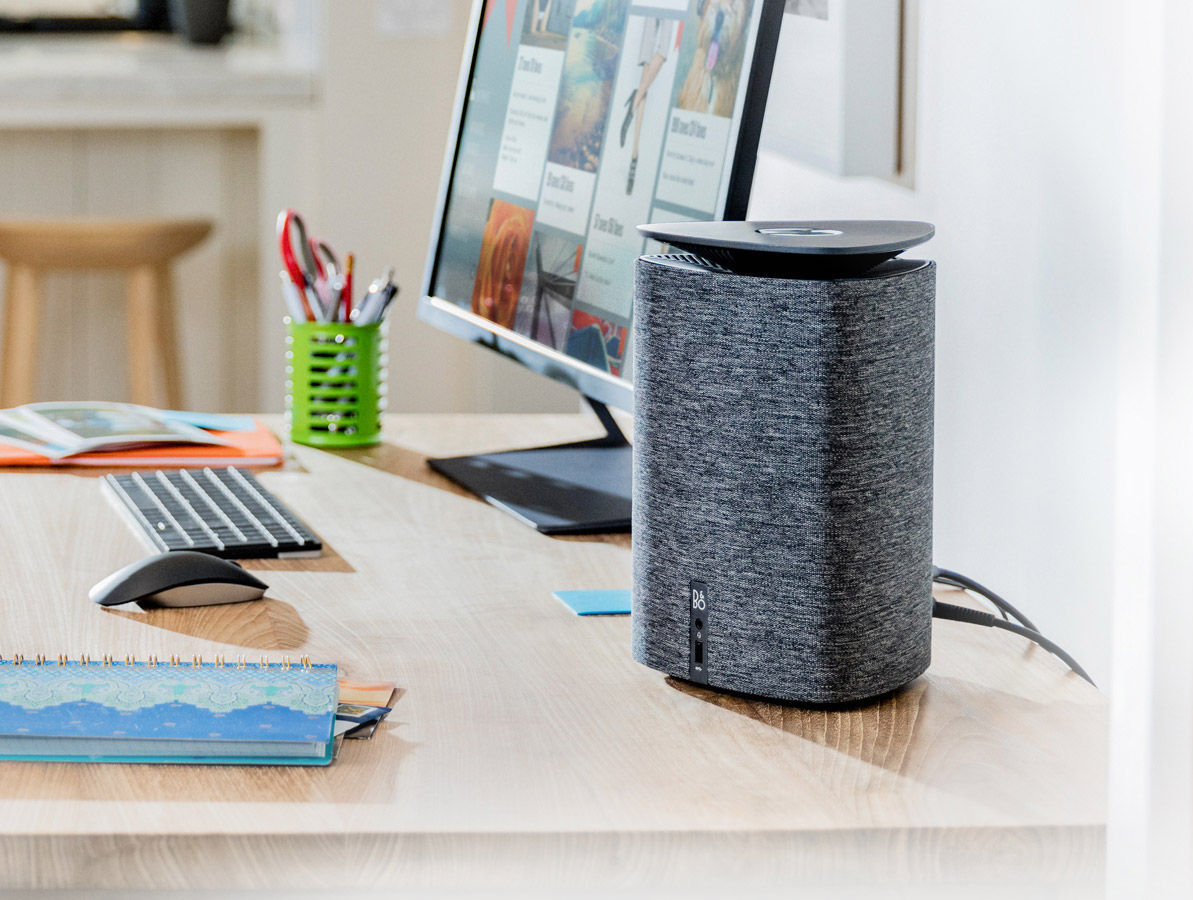 The standout feature on the HP Pavilion Wave however is the built-in audio system projecting 360 degree surround sound, which just happens to be by B&O Play. For those who prefer their own speaker setup this may not be so appealing, but if you’re tight on space and having better quality audio matters to you then the HP Pavilion Wave could tick the right boxes.

You can kit out your machine with up to 6th gen Intel Core i7 quad-core processors, 2TB HDD (with an optional dual drive with 128GB SSD) and up to 16GB of DDR4 RAM. There’s also the option for AMD Radeon R9 M470 discrete graphics for photo and video editing or light gaming.

If you’re rocking 4K displays you’ll be happy to know the HP Pavilion Wave PC supports two 4K displays out of the box, along with three USB 3.0 ports, one USB 3.1 Type-C port, one HDMI, one DisplayPort, one Gigabit Ethernet port and an audio jack. With a dual microphone setup built into the PC you can even use Windows’ personal assistant Cortana hands-free — useful if you’re intending to set reminders or search the web while your hands are busy.

Pricing & availability: HP Pavilion Wave starting price is $549.99 and is expected to be available at select retailers and HP.com on September 23, 2016.