Earlier this month Warner Bros. & Netherrealm launched Mortal Kombat X for iOS, and much like their other fighting game, Injustice: The Gods Among Us, it’s designed to be a counterpart to the console version for XBOX and PlayStation 4.

I’ve been playing it quite a bit over this weekend, and after a significant amount of bashing on my iPad’s display I’ve come to a few conclusions.

Although it’s hardly a surprise to me, Mortal Kombat X’s graphics are truly impressive. The players and their costumes look nice and detailed, the arenas themselves look great, and all the effects from Scorpion’s fire to Sub-Zero’s ice look awesome.

Even the in-game navigation looks good; I’ve found it intuitive and easy to use. 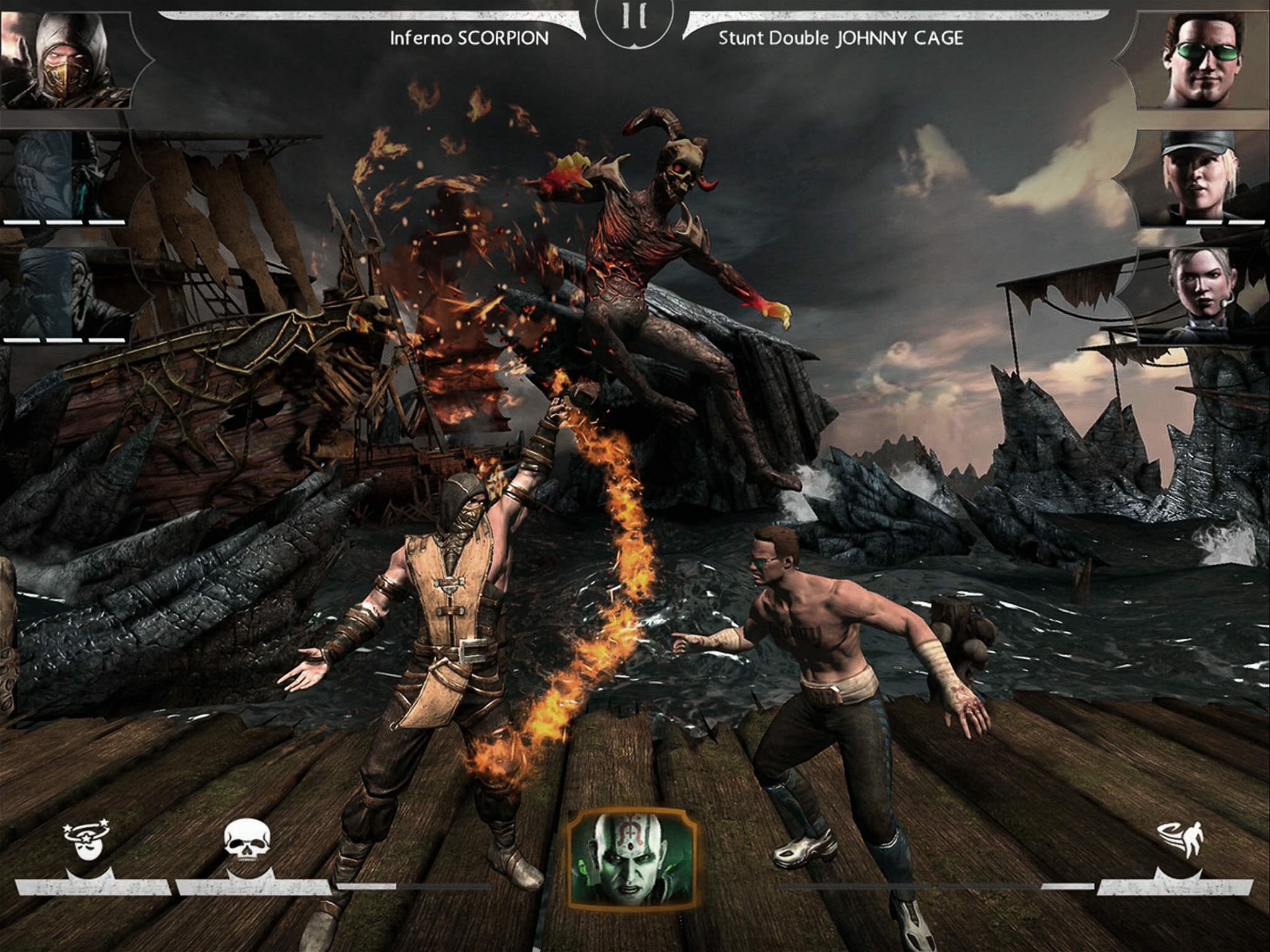 Despite the impressive graphics on Mortal Kombat X, it suffers from the exact same problem as every other mobile fighting game: monotonous gameplay. It’s just so damn restrictive.

You don’t have dedicated controls for kicking and punching, so all you can do is tap on the screen like a maniac, trying to execute combos before you get your ass kicked. Once you do manage to pull off a 3-hit combo, the game prompts you to do a quick swipe gesture to complete the combo with a special move.

Blocking is just as simple. All you have to do is tap on the screen with two fingers until the enemy is done whacking you, and even then, you can’t fully block some moves. (Also, even though you’re blocking, you still get energy taken away.)

You can fill up your special move bar at the bottom of the screen which typically takes away a nice chunk of the enemy’s health, but that’s about as exciting as the gameplay gets.

The fact that fights are almost always a tag team of 3 vs. 3 makes things a little more interesting, mainly because every player has their own fighting style and special moves. But unfortunately it doesn’t save the overall monotonous feel of the game.

Here’s the thing: I’m hardly a pro gamer or even a gaming enthusiast, but when I decide to pick up a game the last thing I want to do is repetitively button-bash until my fingers go numb. For all its prettiness and cool-looking fatalities, the gameplay on Mortal Kombat X gets way too monotonous for me to enjoy playing over extended periods.

I’d still encourage you to download it and give it a try, if only for the reason that it’s Mortal Kombat. When you do, come back let me know in the comments whether you’ve enjoyed it!