The Good: I love the red microfibre finish and the easy to set up design. It’s also super comfortable to type on, and I’ve loved the raised viewing angle.

The Bad: No real faults to speak of.

The Bottom Line: Twelve South have created yet another product here that not only looks great, but it actually improves the typing experience on my MacBook. Admittedly, I took on this review doubting its value, but after weeks of using it I don’t see myself without BaseLift stuck to my MacBook Pro.

Twelve South’s BaseLift is a clever little accessory that gives your MacBook a portable stand, no matter where you are. It costs £35/$39.99, and unlike other stands that stay rooted to your desk, BaseLift sticks to the bottom of your MacBook and folds up to give you an elevated viewing angle and more comfortable typing experience. I’ve been used it for a couple of weeks now, and here’s how I’ve got on with it so far. 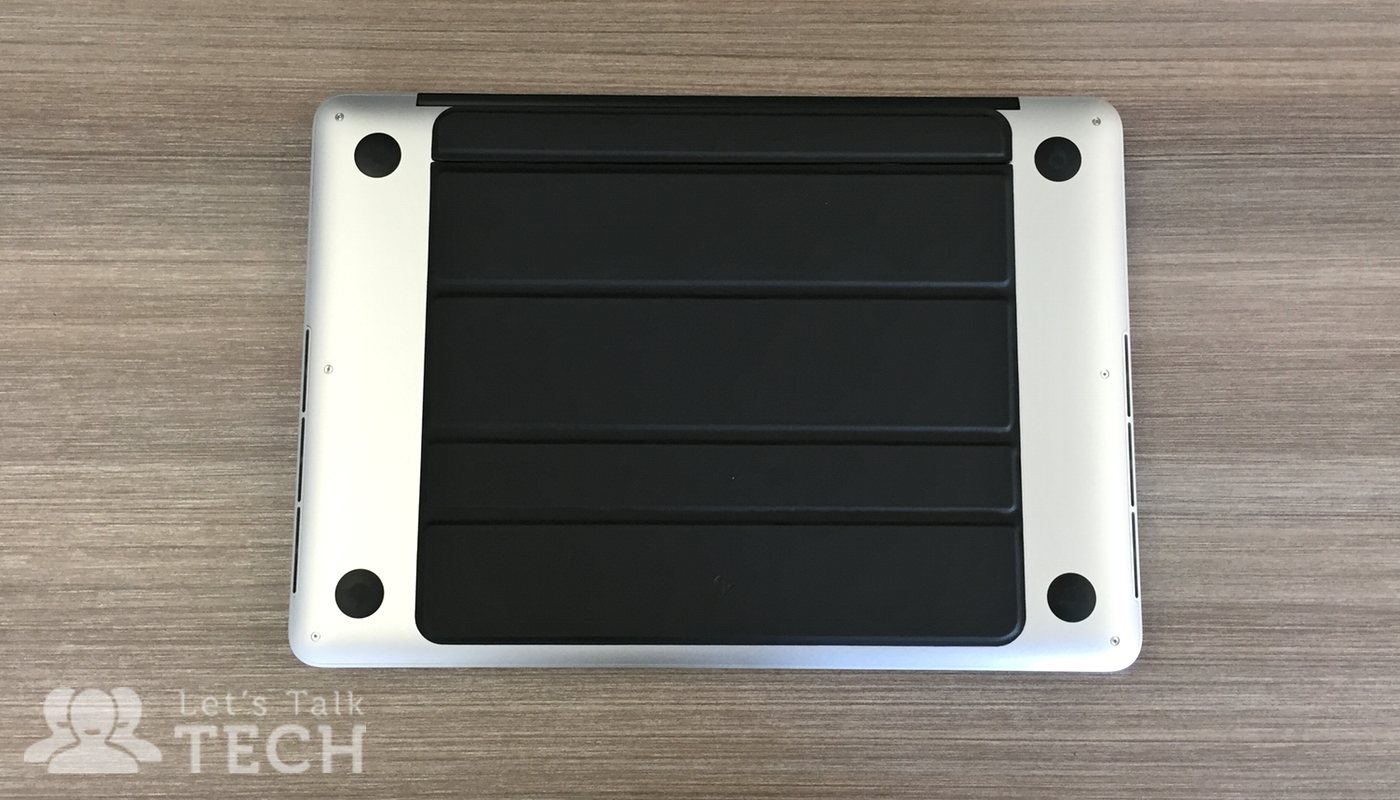 Getting BaseLift set up is very simple. Since it uses adhesive to stick onto your MacBook, you just have to peel that off a thin sheet of plastic (which is protecting the adhesive), and then line it up to the bottom of your MacBook and press down. Twelve South include an additional strip for the 13″ and 15″ MacBook models, but it’s just as easy to apply.

Before you get worried, the adhesive doesn’t leave any residue behind, so you won’t have to worry about adding and removing BaseLift! 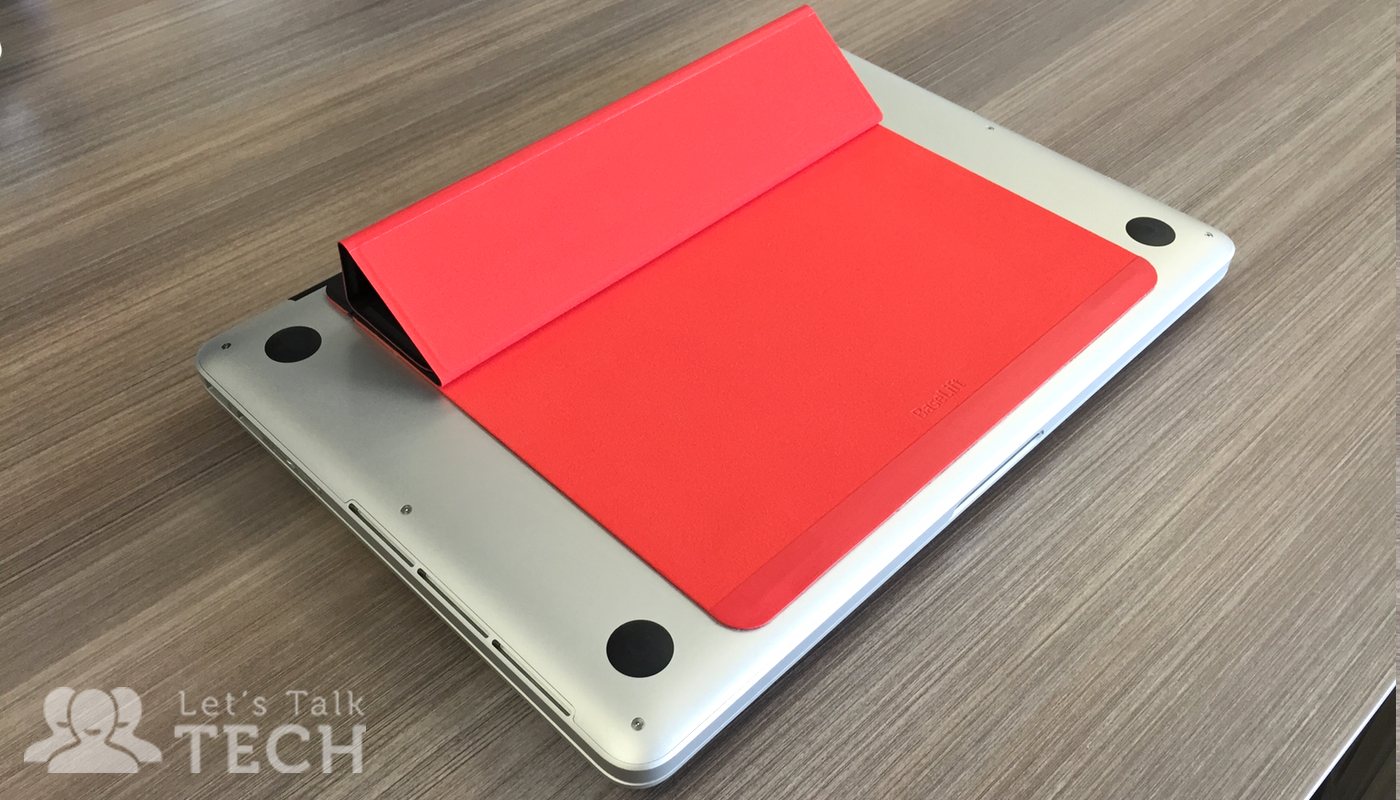 Twelve South wanted this to be a portable and convenient stand that doesn’t get in the way, and its design really does reflect that. Just like Apple’s own Smart Cover for iPad, BaseLift looks and functions in a very similar way, folding up to elevate your MacBook when you need it. (The wedge lifts up your MacBook to 1.26 inches, or 32mm.)

When you’re done working, all you have to do is flatten it back down and that’s it, BaseLift is out of your way.

In all honesty I expected BaseLift to get in the way when it wasn’t in use — especially when taking it in and out of my bag — but Twelve South have done a fantastic job of making it unobtrusive in day to day use. It doesn’t get caught on anything, and while I had concerns about the cover flapping around, it manages to stay firmly closed.

Setting up the @twelvesouth #BaseLift is super easy. Check this out… #MacBookPro #MacBook #MacBookAir #Apple 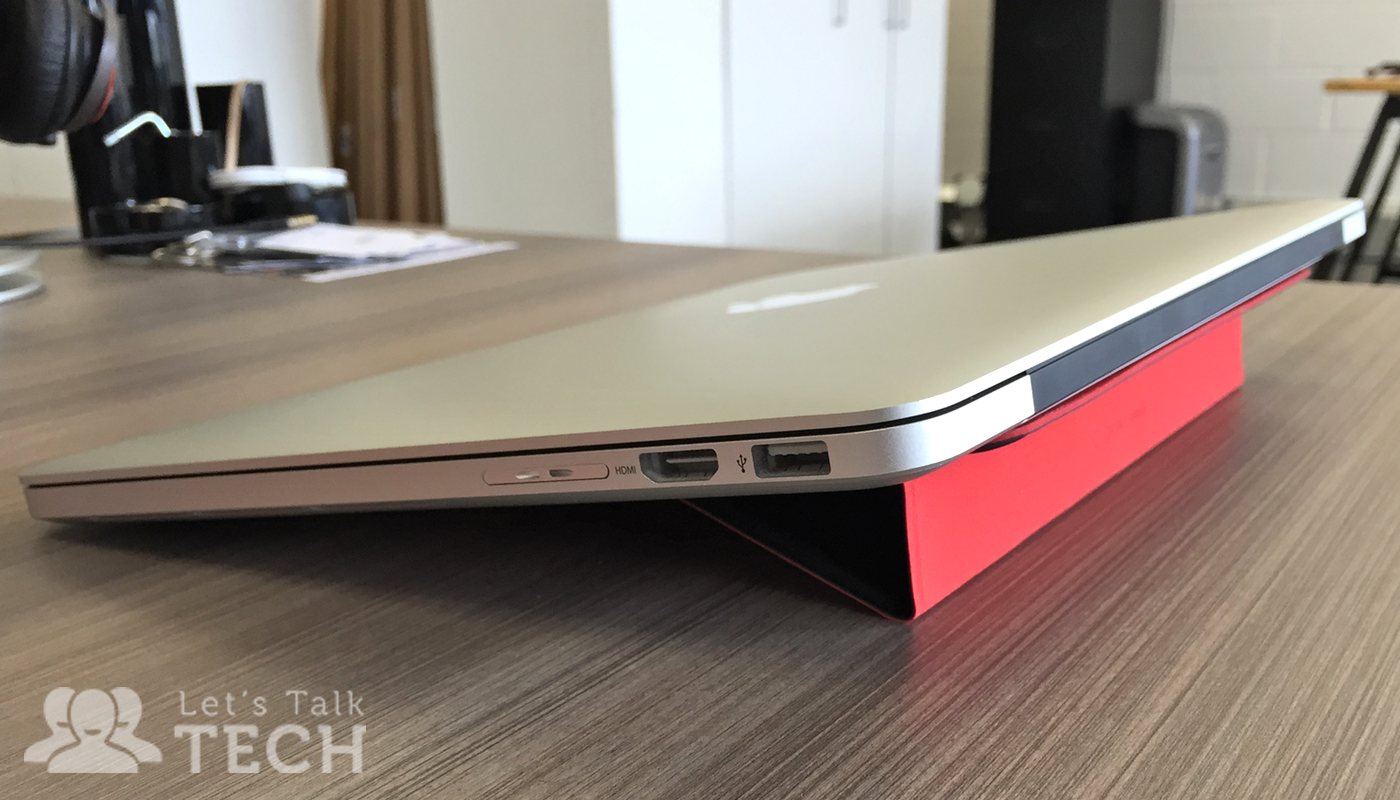 Typing with BaseLift’s elevated position has actually been better than I anticipated. Now I don’t want to get all hyperbolic — this isn’t a product that’s “revolutionised the way I type” or anything — but it has made it more comfortable to work on, particularly without the MacBook’s aluminium edge digging into my wrist. The raised display has also been a nice perk; it’s surprising how much more comfortable the raised viewing angle becomes once you get used to it.

My initial concerns about stability were also waived as soon as I started using it. Unless you’re purposely pressing down on the edges of your MacBook (with a lot of force!) to make it raise on one side, it won’t go anywhere while you’re typing.

You can use BaseLift in its flat position, but you’ll definitely notice the 3.7mm raise underneath your Mac when you’re on a flat surface. You won’t notice it so much when it’s on your lap, but on a desk I’ve found the elevated position much nicer to use, and whenever I lay it flat again it just feels weird.

BaseLift is well crafted, looks good and I’ve really enjoyed typing with it. Not every MacBook owner will need one, and admittedly, I really doubted what this product could do for me. After a few weeks of constant use though I can’t see myself without it; the flat typing experience so uncomfortable in comparison.

Bottom line: if you’re after an improved and more comfortable typing experience, go and order a BaseLift right now.