The Good: Strong plastic build and the SD card slot makes it nice and easy to offload media. Works really well as a backup drive for your smartphone & tablet content too.

The Bad: The app needs work. Viewing photos can be a real pain with very slow speeds.

The Bottom Line: As a backup device or a way to watch videos, My Passport Wireless is a good device. It’s mainly let down by slow speeds for photo-viewing.

Wouldn’t it be awesome if you could walk around with your movies, music and photos stored on your phone & tablet? I know I’d love that luxury, but unfortunately devices with high internal storage tend to cost a bomb, so I’ve always settled for 16GB or 32GB phones & tablets.

That’s where storage devices like the Western Digital My Passport Wireless come in; on the surface they’re the next best solutions for media junkies with low-storage smartphones & tablets, allowing you to stream digital media onto your devices.

As with most WD drives I’ve reviewed, there’s a web-based dashboard you can access via http://mypassport.local which allows you to manage the My Passport Wireless’ settings. From here, you can connect the drive to your home WiFi network (allowing your devices to stay connected to the internet), optimise My Passport Wireless for better performance or battery life, and set your admin password.

Although I wasn’t aware of it at first, you can also manage most of these things via the device’s settings in the app menu. WD have made this slightly confusing to find because there are two sets of menus: one general settings menu for the app, and another for the device you’re using.

There’s nothing unfamiliar about the My Passport Wireless. Its design is clean and simple, somewhat similar to the My Passport Pro — the powerhouse Thunderbolt drive I reviewed here — except this drive is constructed from a plastic shell rather than the aluminium used for the Pro. Still, the Wireless feels fairly strong and robust — exactly what you’d need and expect from a portable hard drive.

Western Digital have kept its design as simple as possible with just two LED lights on top of the device — one for power and another for WiFi — and the power LED flashes in different colours to conveniently indicate the amount of battery you have left. A nice little feature.

On one side of the My Passport Wireless drive you’ll find a USB port for wired connectivity & charging, along with a couple of buttons for power and WPS (WiFi Protected Setup), which allows you to easily connect to your router.

On the left side you’ve got an SD card slot too, which you can use to transfer files onto the My Passport Wireless to free up space on your card.

My Passport Wireless as a wired external drive

Despite being optimised for wireless storage, you can use the My Passport Wireless as a traditional external hard drive too. Thanks to USB 3.0 technology, data transfer between My Passport Wireless and your computer is speedy, and in my testing, its wired performance was in line with other USB 3.0 drives with around 115 MB/s read and 105 MB/s write speeds. (Your average computer hard drive will usually hit under 50 MB/s).

Once you’ve transferred your media onto the My Passport Wireless drive, you’ll need Western Digital’s My Cloud app to access all of it. 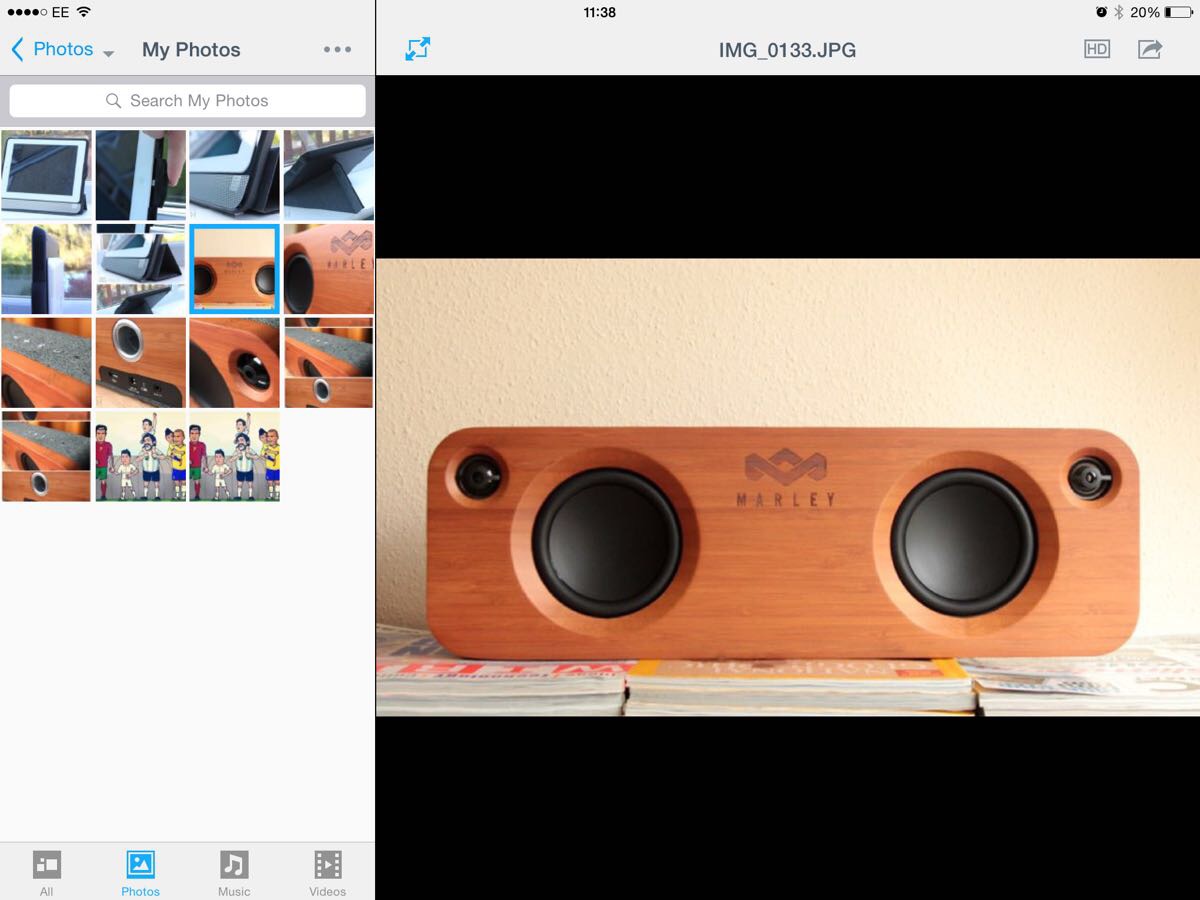 WD My Cloud app for iOS

The My Cloud app has a fairly simple layout; the left pane has all of your folders (and subfolders) which you can navigate through, while the right pane is a viewfinder that let’s you preview your files. At the bottom of the app, Western Digital have also grouped media by Photos, Music and Videos, giving you a quick way to access your files based on type. (Useful for when you can’t be bothered to filter through folders.)

Navigating the app’s folder structures is fairly intuitive, but it could do with some speeding up. I frequently found that going from folder to folder needed a few moments to load, but viewing photos is particularly annoying because the app needs to reload the images every time you open them. At times 4MB photos I had imported from my SD card could take up to 10 seconds to load, which is pretty damn slow.

To make matters worse, you can’t even preview images from the SD card to begin with. The WD My Cloud app requires for you to import those photos first and then view them (with the aforementioned delay), making the entire process feel sluggish and annoying. Being able to preview images on the SD card first and selecting which ones to import would make the entire experience far better.

On a more positive note, streaming videos from the My Passport Wireless worked very well in my testing. Loading times were well under 5 seconds and playback was smooth on both my iPhone and iPad.

For those of you interested, the table below shows the WD My Passport Wireless’ compatible media formats: 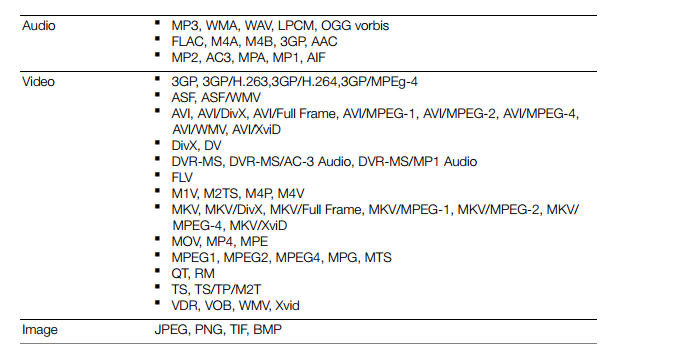 Importing media onto My Passport Wireless

The My Cloud app (and its sharing extensions for iOS) make it super easy to save media from your other apps straight onto the My Passport Wireless. From the Photos app on my iPhone for instance I’m able to tap on a range of photos or videos and just “share” them to the WD My Cloud app. I can even select what subfolder they’re saved to. With this feature, it essentially means you’re able to free up space on your device quickly and easily — super useful if you’re stuck with a low-storage, 8GB/16GB device.

Importing your media from the inserted SD card is also easy; the app offers the ability to delete files after importing (convenient if you want to free-up space quickly) as well as automatic import once you insert the SD card too.

Finding the menu for this isn’t as intuitive as I’d like. Rather than having a single menu within the app, Western Digital have created a secondary, dedicated menu for the My Passport Wireless where you can view things like how much battery it has left, what WiFi networks its connected to, and how much storage you’re using. It’s all useful, but I wish WD would have made it easier to find and use.

My Passport Wireless is a great device to have if you regularly want to free up space on your smartphone or tablet, or if you want to quickly get stuff off your SD card (something more ideal for photographers.) Even viewing video is good, with minimal lag and good streaming quality.

Unfortunately, viewing photos was a pain. The loading times were way too slow and for that reason, I’d struggle to recommend My Passport Wireless if you’ll be mainly viewing photos.

If however you’ll be using this to stream a TV show or movie, or using it to back up your stuff, WD’s My Passport Wireless is a good pick.