The Good: An inexpensive, simple and well made dock.

The Bad: The back of the dock could have aligned better with the iPhone, but that’s nitpicking.

The Bottom Line: Belkin’s Charge + Sync dock is a recommended purchase based on its low price and good build quality.

Shopping around for an iPhone dock is likely to take you down the road of premium looking, and inevitably premium priced products. So what about the kind of person who just wants something simple to dock their phone on?

Belkin’s Charge + Sync dock is just that — a simple and inexpensive dock for your iPhone 5/5S, or your iPod Touch (5th gen). Priced at £27, it costs around £10 more than a standalone 1m long Lightning cable, which actually doesn’t seem like such a bad deal. 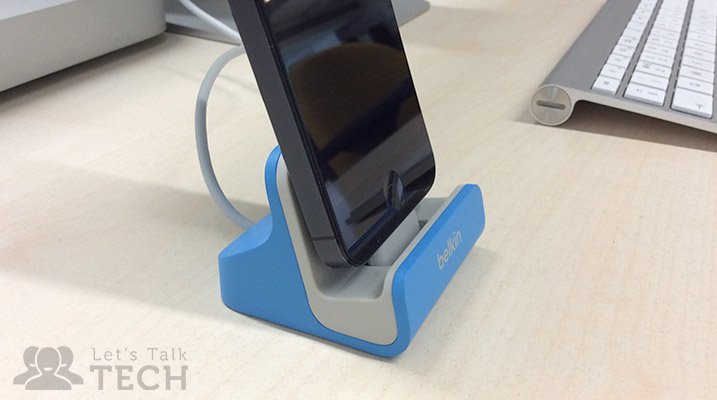 iPhone docked in to the Charge + Sync Dock

There’s nothing overly glamorous about this dock, and that’s certainly not a bad thing. The plastic blue shell (also available in other colours) surrounding the main body of the Charge + Sync dock looks nice, and the grey area inside has a rubbery texture to it in order to cushion the iPhone.

In terms of build, the entire dock is only slightly wider than my iPhone 5 and unlike something like Just Mobile’s AluBolt, the Charge + Sync dock has a relatively small footprint, making it a good option for desks with limited space.

It might not be the heaviest dock I’ve ever used, but it’s certainly enough to keep it well grounded without shifting around at the slightest nudge. The grippy bottom helps with that, too. 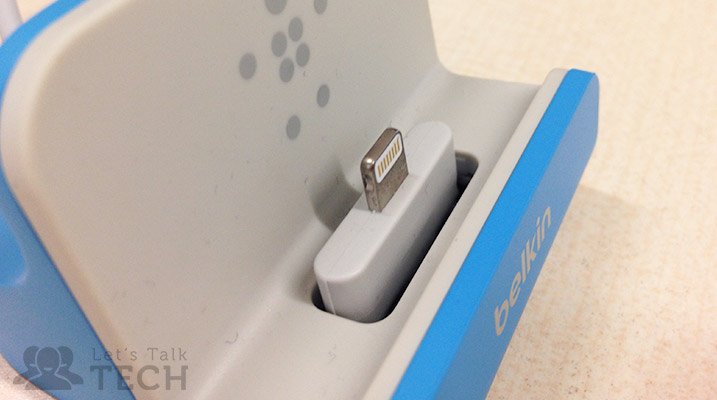 Raised support for the iPhone around the Lightning connector

Thanks to the small platforms surrounding the Lightning connector, my iPhone felt quite stable on the Charge + Sync dock.

As with most docks like this, you’re likely to struggle using the Charge + Sync with a bumper or case — unless it’s a shell case that leaves the bottom and top of the iPhone exposed. You’ll also have no access to your iPhone’s audio jack either which is a shame, but it’s inevitable since the dock is quite low down.

In light of the £27 price tag, I’ve been very happy with the Belkin Charge + Sync dock, and would definitely recommend it to anyone looking for an inexpensive and simple docking solution for their iPhone 5 or iPod Touch.