Mobile gaming has a big part to play in many peoples experience with their smartphone. Most of the time we just look at the specs of a phone to improve it, however sometimes I feel it’s ruined through the use of on screen controls – This is an issue which Steelseries have attempted to solve through the use of the Stratus XL, a Bluetooth physical controller.

Using a similar design to the controllers of the current generation games consoles, it allows you to have greater control and accuracy. Instead of having to mess around searching for the thumb stick which you can’t physically feel, you now have well positioned buttons which require minimal travel from your thumbs.

Whilst it may take the looks and ergonomics of well designed gaming controllers, the buttons perform no way similar. All of them feel very mushy and not at all tactile, however seem to require a lot of force in order to perform an in game action, making fast paced games such as first person shooters harder.

If you’ve ever connected a pair of Bluetooth headphones or speaker, you certainly won’t have any issues connecting the Stratus XL. All you have to do is press the Bluetooth button on the top of the controller to send out a signal, then go into your device’s settings and connect to the controller.

Powering the Stratus XL is two AA batteries, which are included in the box and are said to allow for over 40 hours of gameplay. I haven’t managed to put in that many hours just yet but it doesn’t look like they’ll running out on you too soon. 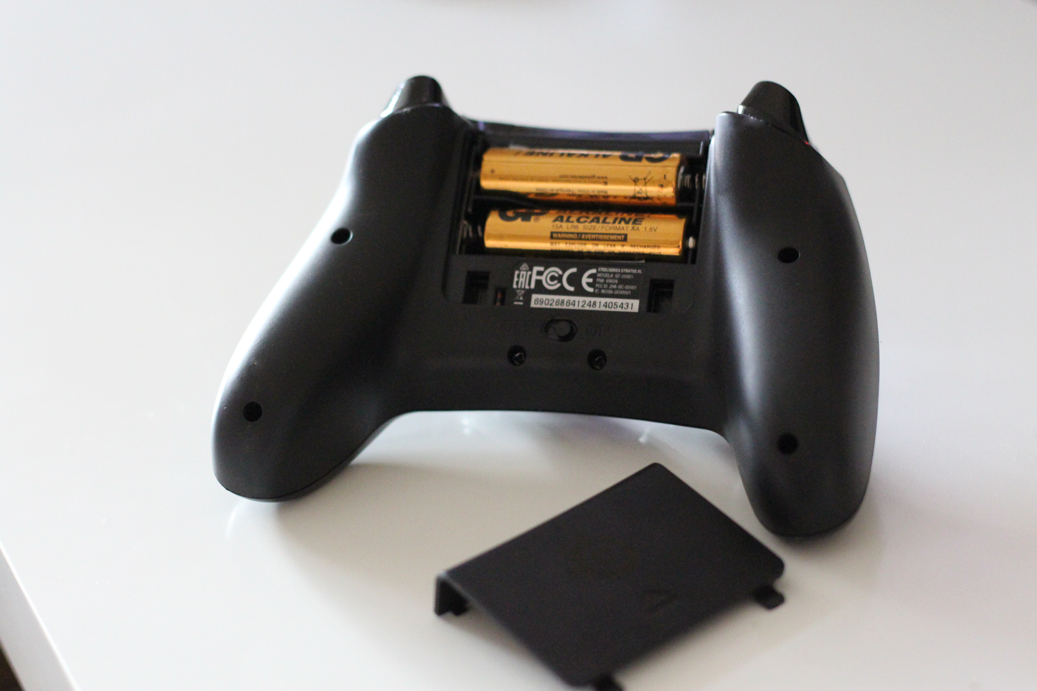 Whilst not every game is available to play using the controller, many of the well known titles such as Riptide GP2 are, meaning that you’ll have quite a bit of content to play through. The full list of games compatible with the controller can be viewed here.

One surprising thing I did find was that the controller can actually connect to an Android device, despite Steelseries markerting it as a product made for iOS devices and actual Android/Windows version being available. This could be because of particular small bugs, however it did seem to work perfectly for me.

Even though the Steelseries Stratus XL provides one of the best mobile gaming controllers on the market I’ve used, it still does come in at quite a steep price of around £55. Seeing as it didn’t actually improve the game or make it feel any more immersive, in my opinion, it’s hard to recommend if you are looking for a product which will make the gaming experience better. It’s more of a gadget which is cool to own and use a few times, but not something you are going to want to pick up.﻿