If you’re a user of Office 365, this news is bound to put a big smile on your face. Microsoft yesterday announced that they’re increasing OneDrive’s base-level storage from 20GB to a whopping 1TB.

That change is applicable for users of Office 365 Home, Office 365 Personal, and Office 365 University, and will take effect in early July. Current customers don’t need to do anything, as the changes will be made automatically without disrupting any existing files or folders. 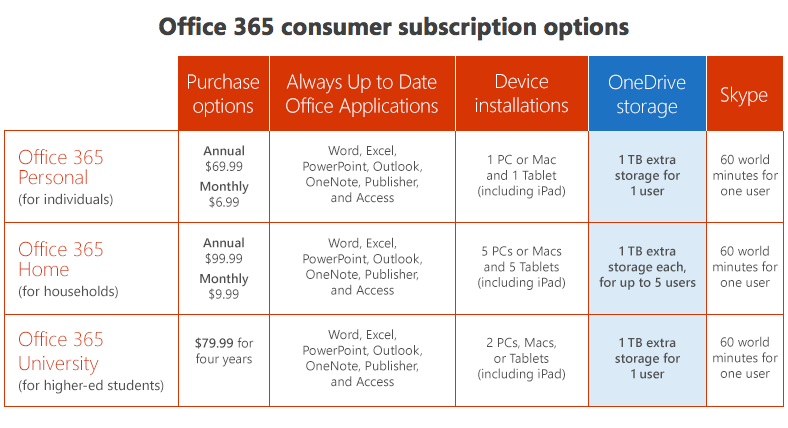 This is an interesting move by Microsoft, particularly when you consider that Apple announced their new pricing tiers for iCloud, including 20GB of storage for as little as 99¢.

Is this huge amount of storage enough of an incentive to make you want to subscribe to Office 365? Let us know in the comments section below!