Earlier this year Samsung released their brand new tablets, the Galaxy Tab Pro 8.4″ and Note Pro 12.2″. Now it seems that they’re making another addition to the line up with the Galaxy Tab S which we expect to see a 10.5″ display, as well as a smaller 8.4″ model being available. 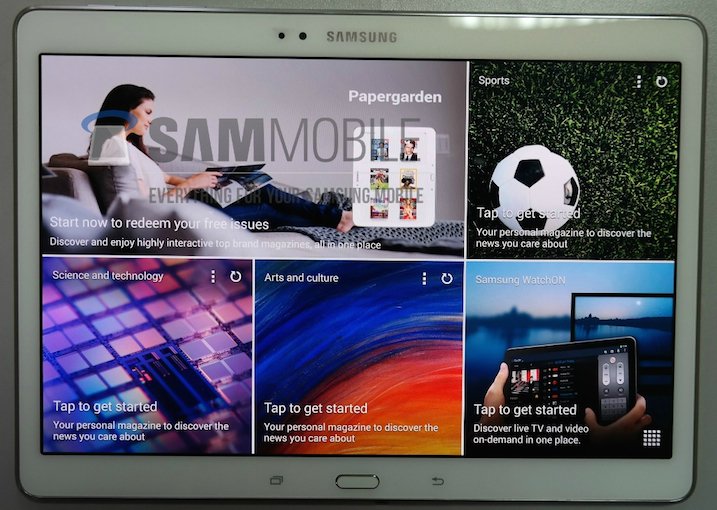 It seems that the Tab S will no longer follow the trend of an LCD display, like the previous tablets made by Samsung.

Instead it’s expected to pack a vibrant AMOLED display which is something we have not seen since the Galaxy Tab 7.7″ in 2011. We should also be seeing a fingerprint sensor — a lot like the one on the S5 — built into the home button to allow for much snappier payments on applications such as PayPal. 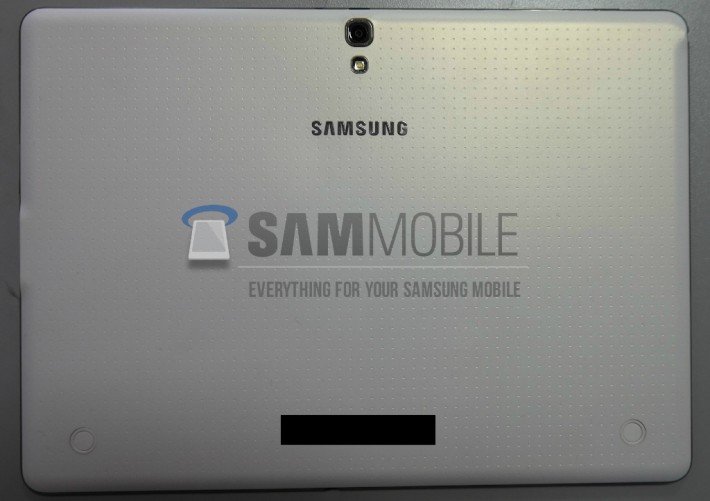 With the previous Note Pro tablet having similar design features to the Note 3 (like the faux leather backing), we are now expecting to see the S5’s perforated backing material on the Tab S. It also looks like there’ll be two round connectors on both sides at the bottom of the tablet which will allow for a rumoured Samsung book cover which would be releasing along side the Tab S.

With the leaked images showing off a design which looks very similar to that of the S5, this could explain why Samsung may have included features such as the IR blaster and fingerprint reader inside.